Sponges are an important part of the wreck community as they can be abundant, have many species present and create further structural complexity beyond the wreck itself. However, identifying sponges underwater or from images can be challenging due to the diversity of species, and that within a single species there are often variable growth forms and colouration. Here we present some of the prominent species observed on the wrecks surveyed in the project. 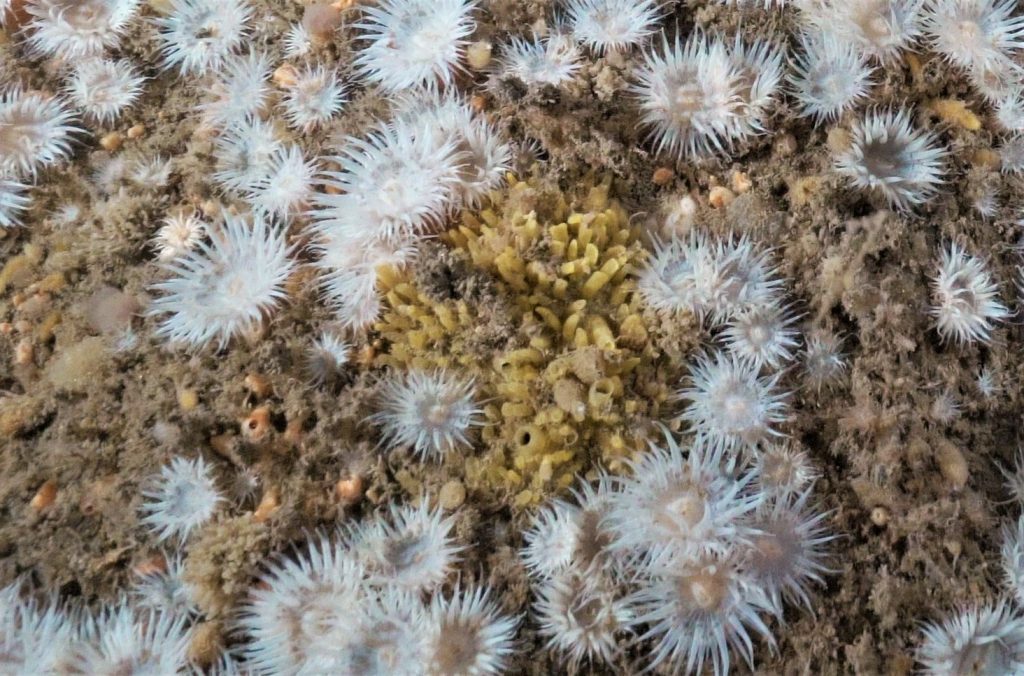 Chimney sponge Polymastia penicillus
The chimney sponge has vertical projections originating from a silt covered base. The colour is pale yellow to orange, with some of the projections being larger and terminating in a large hole where water is expelled, called the osculum. This image is from the horizontally orientated hull side of the SS Derbent wreck. 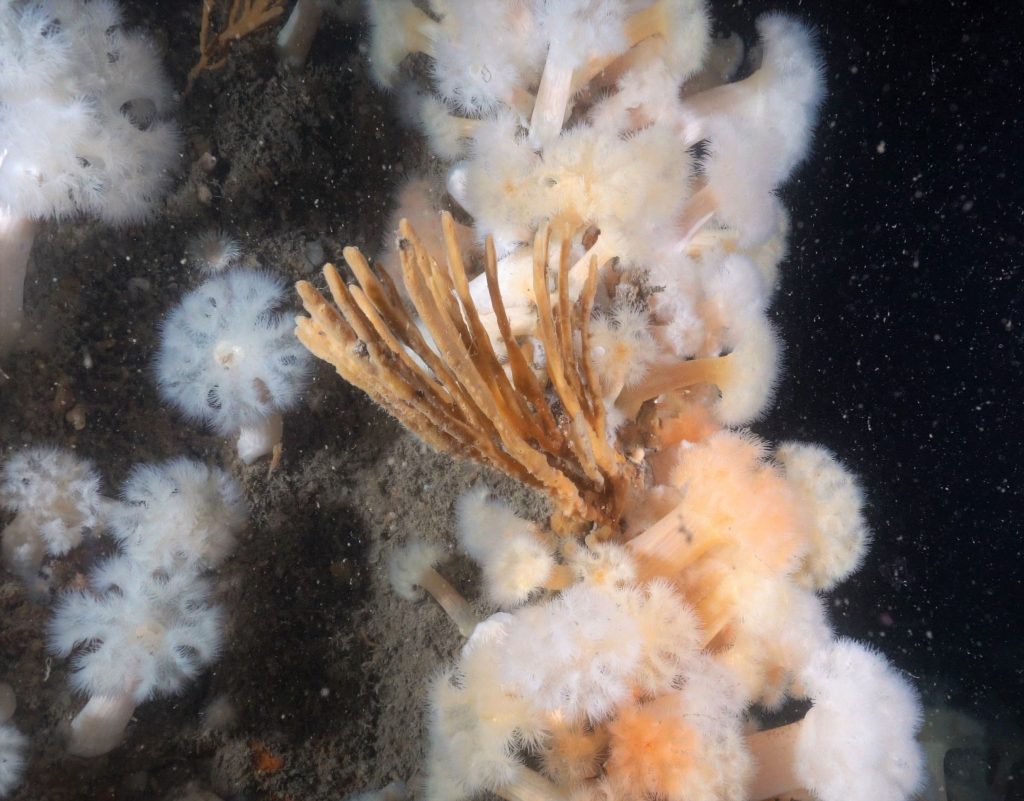 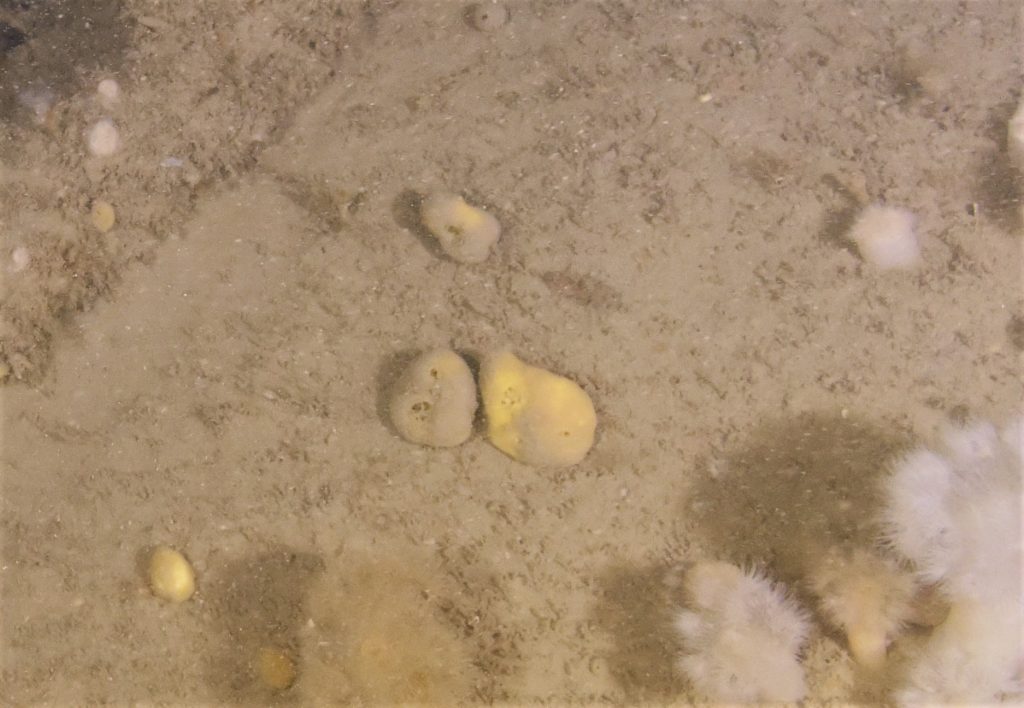 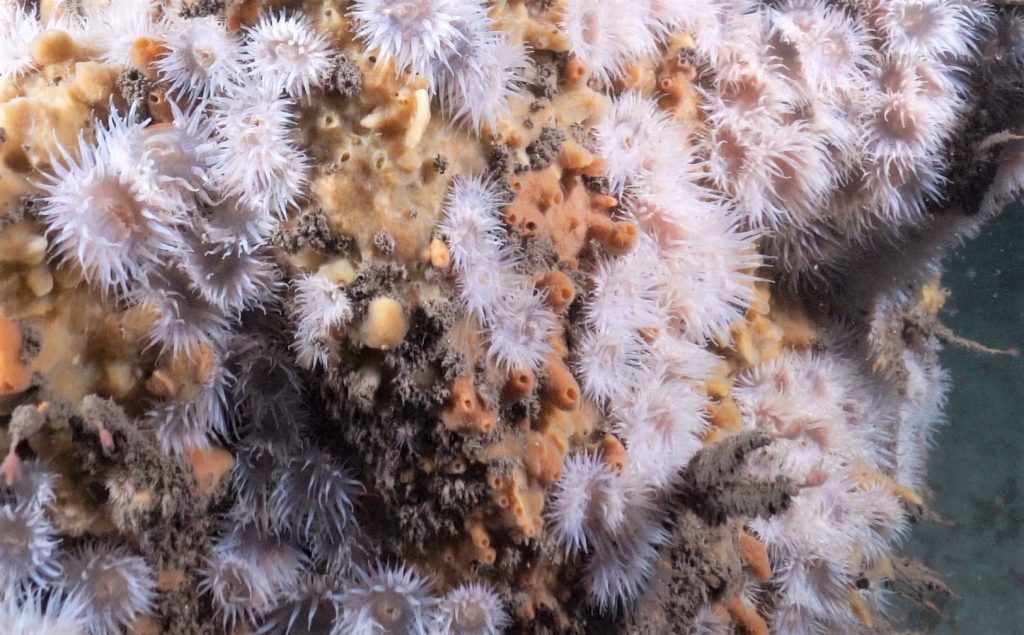 Shredded carrot sponge Amphilectus fucorum
This sponge can appear, as seen in this image from the SS Derbent wreck, as mounds with large oscula or in a tasselled form that resembles shredded carrots. It is incrusting in habit and can be pale to bright orange.