On many shipwrecks around the Welsh coast sea anemones are one of the most abundant and obvious groups of animals to be seen. Tentacles protruding from an often cylindrical and soft stalk, called the column, are the main recognisable features. Anemones use their tentacles to catch food from passing water. Shipwrecks provide a stable surface to attach to and allow the anemones to be raised above the seabed in faster flowing currents. Together this means sea anemones are particularly successful at establishing themselves on wrecks. 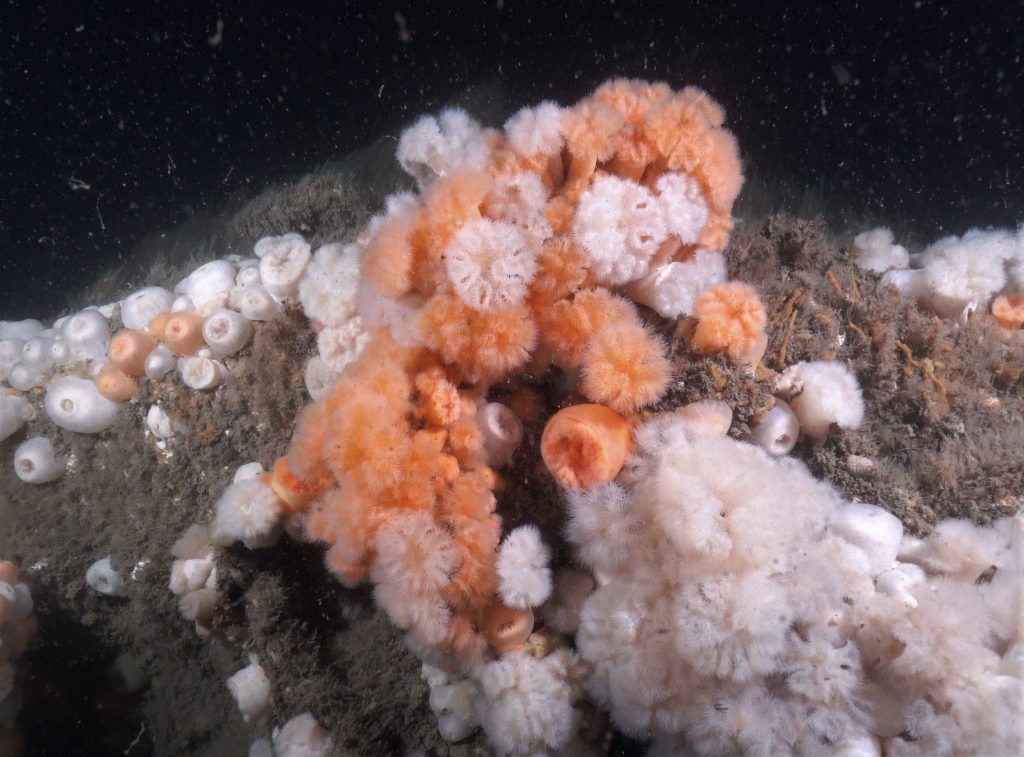 Plumose Anemone Metridium dianthus
The Plumose Anemone is commonly found on shipwrecks around the coast of Wales and can be extremely abundant, to the point of almost covering the entire surface of a wreck. For example, the Cartagena wreck off north-east Anglesey has some structures completely colonised by this species. It can be orange or white, appearing as globular mounds when closed up, or displaying numerous small slender tentacles when open giving a fluffy appearance.

Elegant Anemone Sagartia elegans
This anemone has up to 200 fairly long tentacles, with individuals in small groups to large stands. The colouration is very variable, even on an individual wreck, and therefore there are several colour varieties. A distinguishing feature is that the column of this species has suckers/warts on it that can appear as white spots, and these suckers do not have material attached to them, unlike some other species.
The colour variety miniata is brown to orange in colour with white banding and lines on the mouth area and tentacles. This colouration can make it hard to spot against the often brown background of a wreck surface (image on right).
The variety nivea (left image), which has white tentacles and is mainly white across the mouth and disc, has been found in dense stands on the deck plates of the SS Derbent wreck off north Anglesey during a survey in 2019 where Plumose Anemones was dominated. 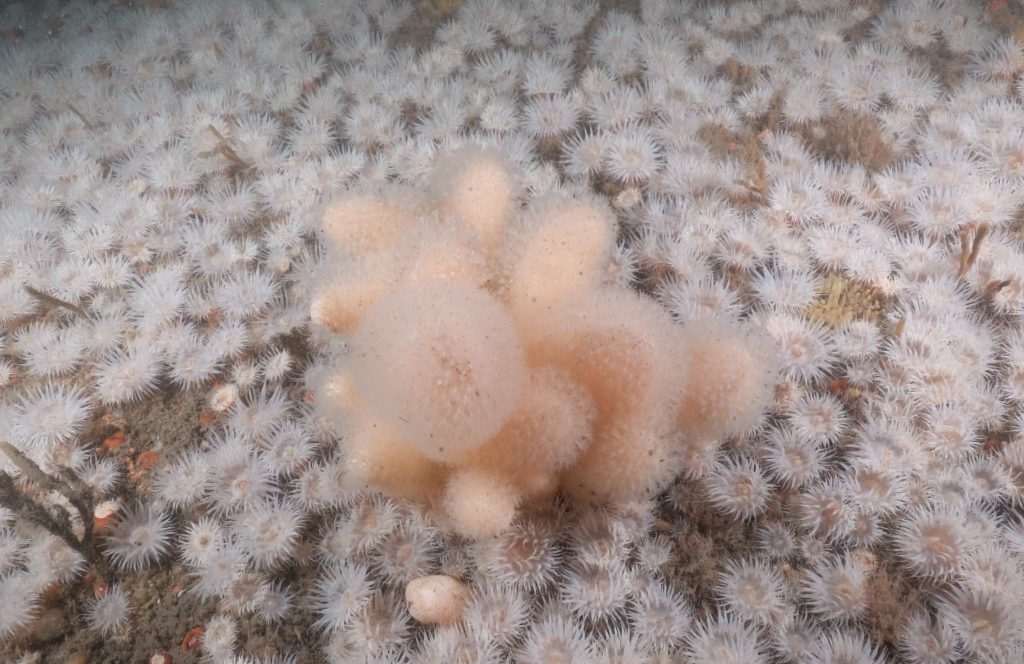 Dead Man’s Fingers Alcyonium digitatum
Dead Man’s Fingers is a soft coral that is formed of hundreds of tiny polyps (resembling tiny sea anemones) that cover a multi-lobed structure attached to the wreck. This soft coral will appear furry when the whitish polyps are extended, as seen in the image, or smooth to leathery when the polyps are retracted. This suspension feeder uses its polyp’s tentacles to capture food from the water column. Isolated corals seem to be seen on most wrecks in fairly low abundance.
Colour morphs are similar to the Plumose Anemone being either orange or white. This image shows a Dead Man’s Fingers coral amongst Elegant Anemones of the nivea variant on the SS Derbent wreck.