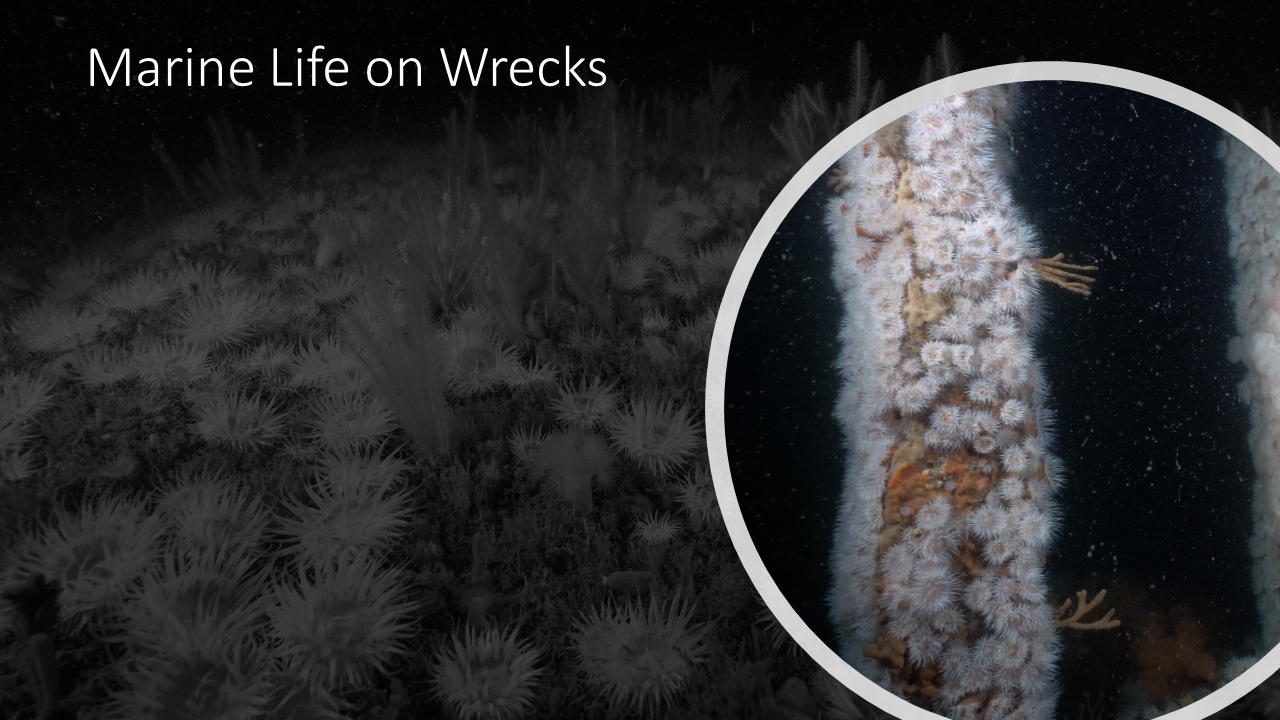 As demonstrated through the U-boat Project, World War 1 shipwrecks in Welsh waters are vitally important for our understanding of the history of the First World War.

The wreck sites themselves, the accounts of their sinking and the stories of the people who were aboard them reveal great acts of bravery and sacrifice which are worthy of recording and commemorating for future generations.

Although the ships stopped fulfilling the purpose for which they were built on the day of their sinking, they now have a new and additional role in providing unique habitats for marine species. Many shipwrecks are successfully colonised by a wide range of marine life and attract mobile animals such as fish from other areas, and so many wrecks are referred to as ‘artificial reefs’.

The marine life on the wrecks along with the structures themselves attract scuba divers. This wreck diving is so popular that it can contribute significantly to a region’s economy through the charter of dive boats and the other amenities needed by the visiting divers. In addition, wrecks can also be popular for recreational angling, due to the large individual fish that can often be found around and within the wrecks.

Why do shipwrecks form such good habitats?

Shipwrecks provide three important conditions, amongst many others, that are beneficial to marine life: 1) a stable structure to attach to, 2) a good supply of food and 3) a complex environment to shelter in and around.

The metal structure of most First World War shipwrecks gives animals a stable surface to live upon when compared to surrounding natural habitats, which can be moved around and disturbed by the tides and wave. This allows them to spend more time feeding and reduces the chance of damage. By living on the shipwreck these animals are also often higher up in the water column than they would be if they were living on the seabed. This means they are exposed to faster water currents, which in turn delivers more food for many of the species living on the wrecks that filter feed.

When animals live in more complex habitats their chance of being eaten by predators is often reduced. On wrecks the variety of surfaces at different angles, holes, overhangs and shelter all increase the opportunities to hide and shelter when compared to more uniform surrounding habitats. These are just some of reasons why such a beautiful array of life can be seen on First World War shipwrecks in Welsh waters.

Please click on a box to find out more about marine life on First World War shipwrecks in Welsh waters. This is by no means an exhaustive guide to the species that can be found but it illustrates some of the species commonly seen using images collected during the U-boat project.