The impact of the War at Sea on communities in Wales was enormous, not only in coastal places with a long tradition of men working at sea, such as the Llŷn peninsula, but also in places where a high proportion of men volunteered for the naval reserve, such as from tinplate works at Llanelli. Nearly all war memorials in villages and towns in Wales contain the names of sailors who were lost at sea.

Having a loved one away at sea often meant months of waiting for news and if the worst happened and the person was drowned, often no body to bury. The stress of claiming compensation from shipping companies and pensions from the government, as well as the poverty resulting from the loss of a wage earner was another impact on families and communities.

The food shortages and rationing caused by the loss of merchant ships had an effect in households and local businesses across Wales.

The longer-term effects are often overlooked. Those who survived but were injured or traumatised during their service at sea, found their earning capacity reduced or stopped. The emotional impact on their families could be passed down the generations.

Black and ethnic minority seamen in ports such as Cardiff and Barry had a huge influence on their communities, often marrying local women and having families. They contributed aspects of their home cultures such as food and music to the communities and set up organisations such as the CIACS (Cardiff Internationals Athletic Club) in Butetown, which went on to produce sportsmen such as Joe Erskine and Billy Boston. The impacts of the race riots following the war in 1919 had long-lasting effects, as did the poverty resulting from unemployment in the docks.

A major part of the U-boat project has been working with communities to uncover local stories from around Wales that are not widely known. People have kindly come forward with photographs, letters, documents and information passed down through families. These treasures are very valuable as they add detail and human stories to the wider picture of Wales and the War at Sea. We believe that there are many more waiting to be discovered and shared.

What You Can Do 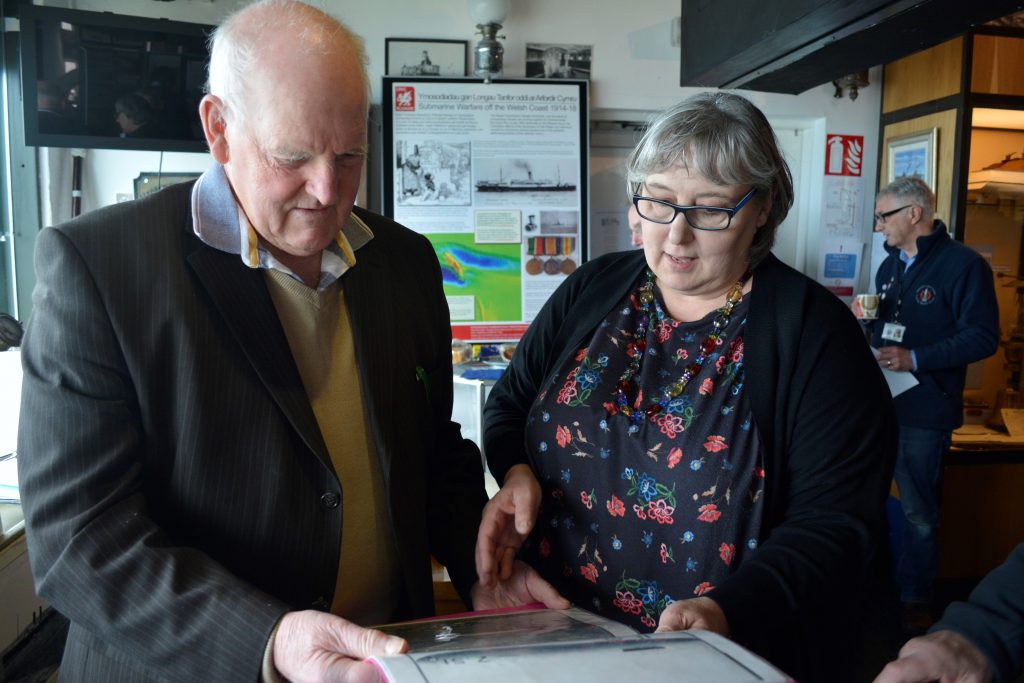 Tip: Advertise your event by putting posters up in shops, libraries & notice boards. Put a notice in the local newspapers and Facebook groups and contact the local radio to make an announcement.

Tip: If you’re recording someone talking it helps to be in a room with lots of soft furnishings, like a living room, to absorb sounds. Record friends or family members talking together, this helps the conversation to flow.

Tip: make notes about what you’ve recorded with a reference number to link your notes with the information recorded, e.g. a scanned photograph would have the same file number as the note saying who brought the photo, what it shows and the date plus any other useful details.

Tip: if you want to use the information online or in an exhibition, make sure you get permission from the owner. You can print a permission form that explains what you intend to use it for so that people can agree to and sign it.