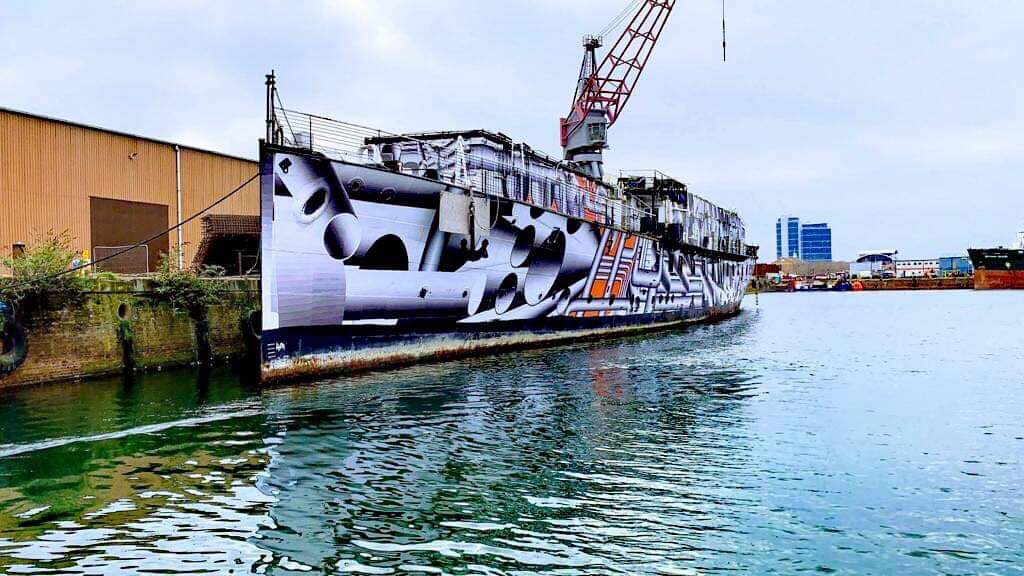 Employed as a Q-ship in the First World War, it was HMS SAXIFRAGE’s duty to hunt U-boats and she would often lead the convoys and look out for enemy submarines. On 26 April 1918 she was given the task of escorting a convoy to Liverpool.

On the morning of 28 April 1918, whilst escorting the convoy, HMS SAXIFRAGE came across two vessels that had been attacked by an enemy submarine. These vessels were the passenger liner ORONSA (link) and the freighter DAMÃO (link). The weather was calm and still and the German U-boats were still in the area. SAXIFRAGE was escorting SS Standard ARROW to Liverpool, but after coming across the attack site, she went ahead of the convoy looking for the enemy.

She took up screening ahead of the SS MASSILA, sighted a U-boat and went after it. According to the log book this went on for a couple of hours, but there was no record of any U-boat being sunk or damaged in this chase.

As the destroyers picked up survivors from both vessels, SAXIFRAGE under the clear moonlit evening returned to the convoy. It was noted in the log book that at 10:30 pm they saw a light vessel and SAXIFRAGE returned to base in Buncrana where she escorted the convoy back to safety along the way.