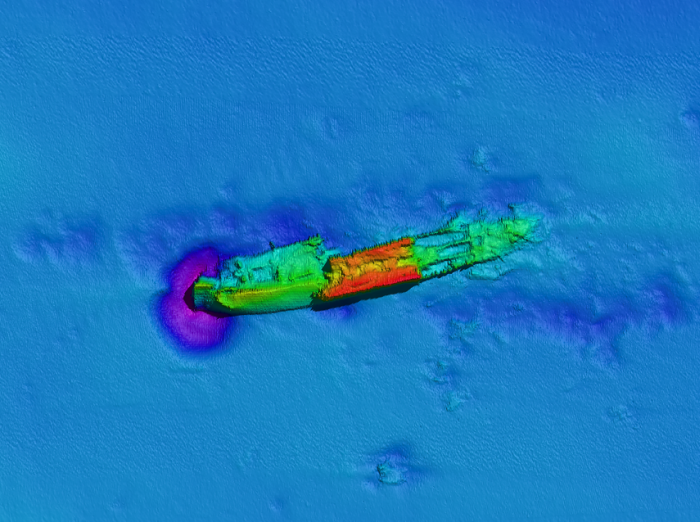 The new survey data gathered by Bangor University is revealing environmental processes such as scouring, which is caused by deflection of the flows of seawater around the wreck. Source: Bangor University. 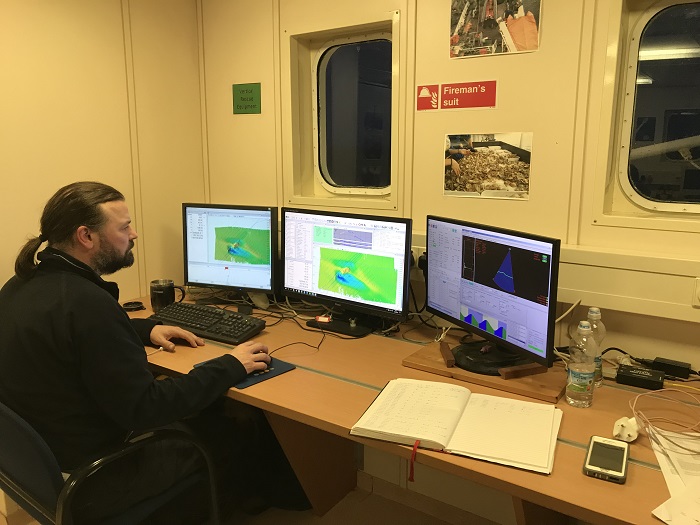 Bangor University’s survey technician, Ben Powell, monitoring the survey track of the PRINCE MADOG as it passes over the wreck of the Cardiff-registered steamship CAMBANK. The ship became the first loss in Welsh waters after it was torpedoed by U 30 on 20 February 1915. Source: Bangor University. 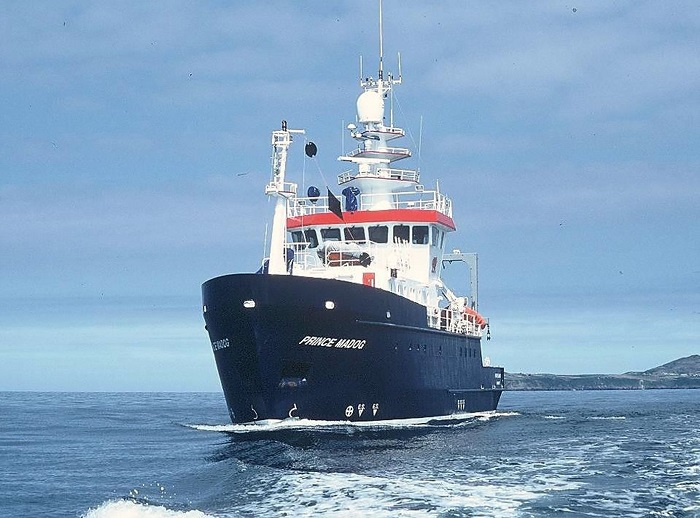 Bangor University’s PRINCE MADOG is a purpose-built research vessel operated by P&O Maritime Services. The ship is based at the School of Ocean Sciences at Menai Bridge. Source: Bangor University.

The multibeam sonar system used on Bangor University’s research vessels emits sound waves in a fan shape. The amount of time which it takes the sound waves to bounce off the seabed and return to the receiver on the research vessel is used to build up a very detailed model of depth points over a wreck.

The sonar images are providing clues to the last moments of the ships by revealing the damage caused by torpedoes, exploding mines, and ramming.

The images also reveal a great deal of information about the present condition of the Great War wrecks around the Welsh coast. Some are still substantially intact, but others are suffering from extensive corrosion caused by being submerged for over 100 years and are beginning to collapse.