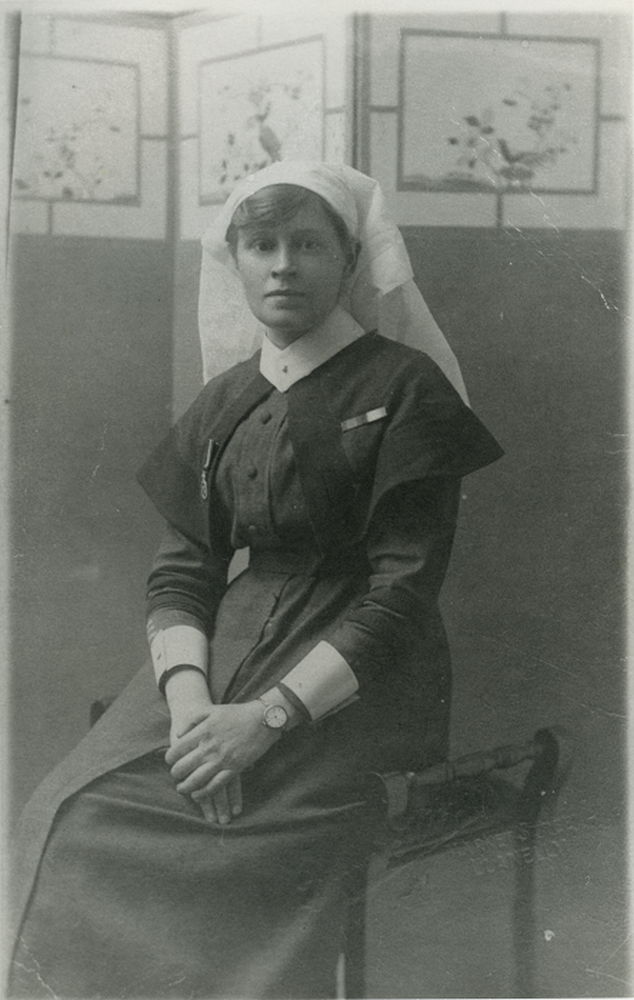 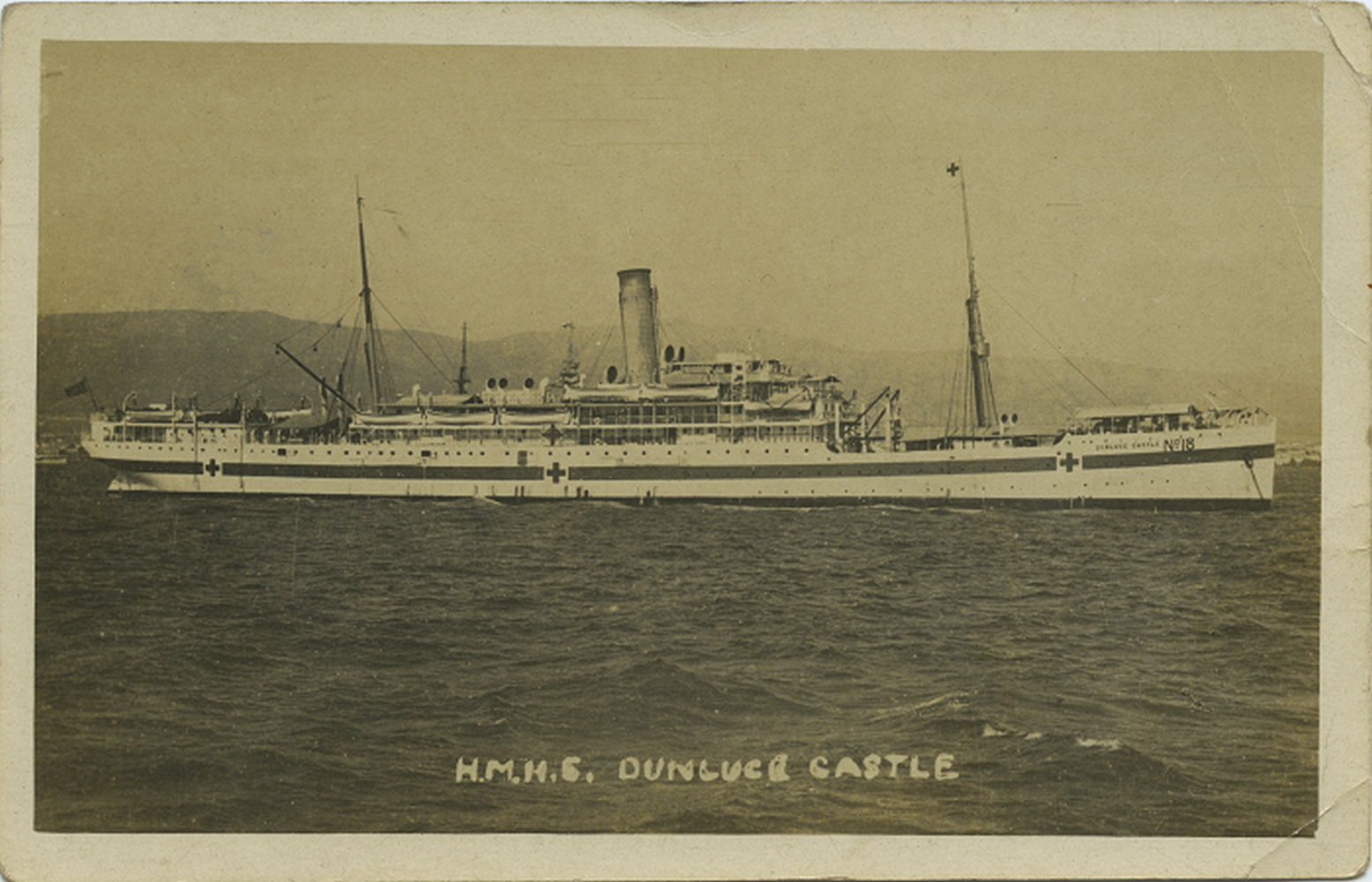 HMHS DUNLUCE CASTLE shortly after a German submarine had stopped it in the Mediterranean. Satisfied it was a hospital ship, the German captain allowed it to sail on. Source: Carmarthenshire Museums. 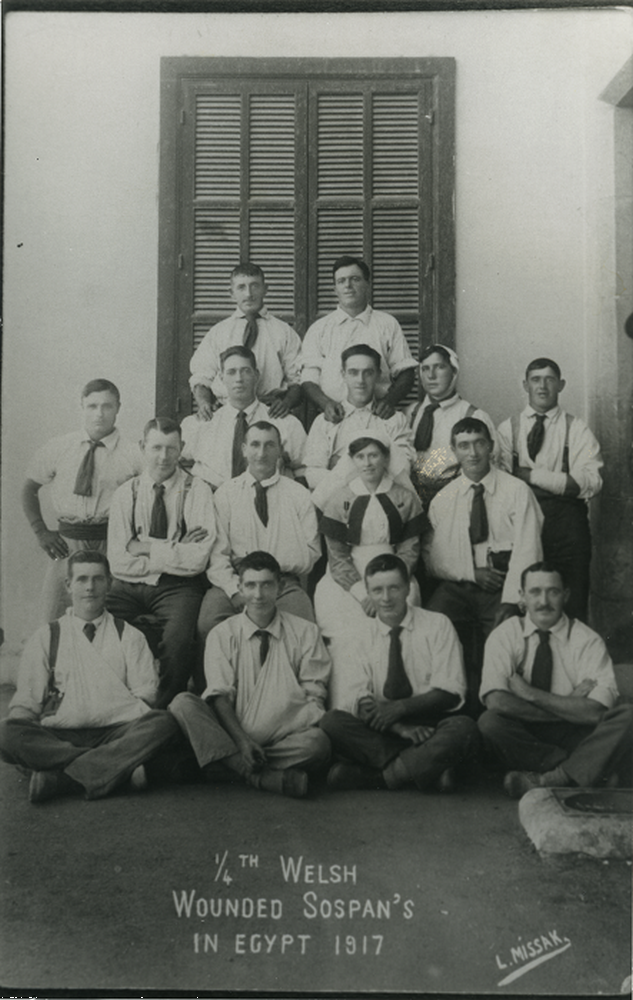 Wounded ‘Sospans’, Cairo. Being cared for by Welsh-speaking Nurse Hughes must have brought some comfort to the injured and sick Welshmen a long way from home. Source: Carmarthenshire Museums. 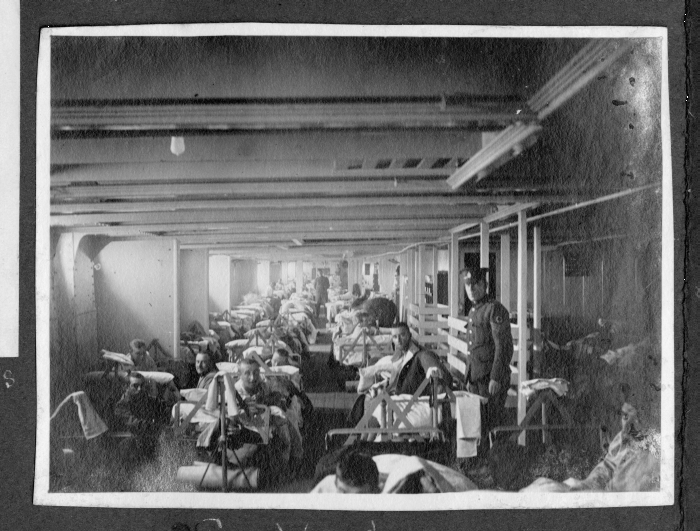 Ward S, HMHS DUNLUCE CASTLE. Between July and December 1917 the hospital ship carried sick soldiers back to their homes in South Africa from German East Africa. Many suffered and died from malaria and dysentery. The medical staff worked in squalid, cramped conditions. Source: Carmarthenshire Museums. 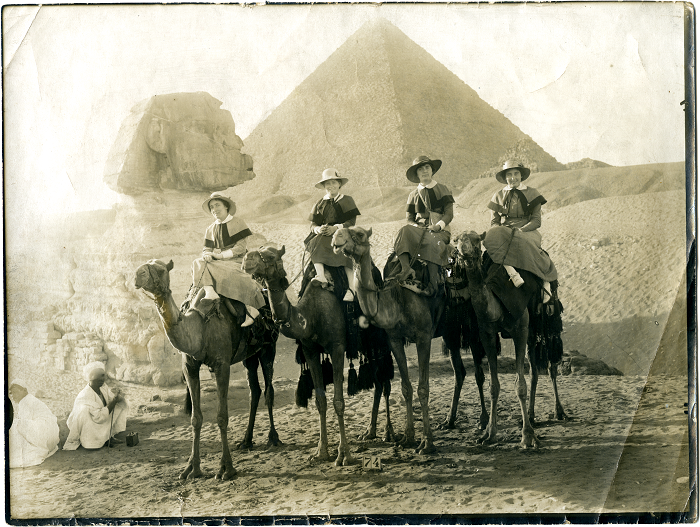 Nurse Hughes (second left) and friends at Giza. On their days off they rode camels into the desert, sailed on the Nile and saw the exotic sights. The war gave Hughes, with her camera, a unique opportunity to be a tourist herself. Source: Carmarthenshire Museums.

Before the war, about 30% of the workforce were women and the kinds of jobs they carried out were limited. Job opportunities for women changed dramatically during the war and they were often better paid and enjoyed more independence. Nurse Mary Jane Hughes of Llanelli was one of thousands who cared for the sick and wounded during the war. Joining the Territorial Force Nursing Service, she worked at military hospitals in Bristol and Egypt and on a hospital ship, the DUNLUCE CASTLE, in the Indian Ocean. Her photograph albums at Carmarthenshire Museum are a rich record of both the challenges of her work and the opportunities she enjoyed to travel and build strong friendships.