Llŷn and the War at Sea 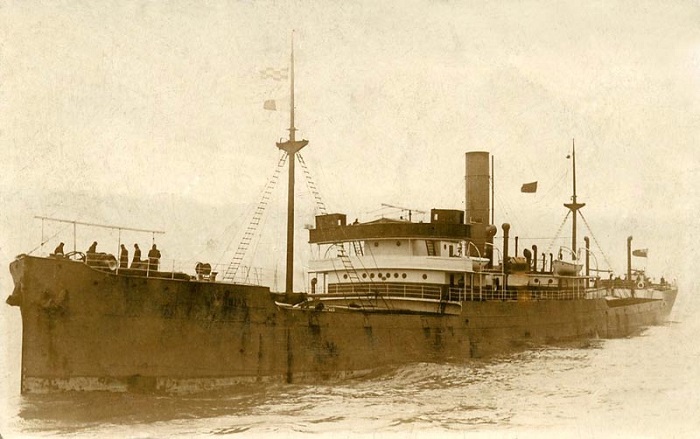 This photograph shows the EDERNIAN which was sunk by a German submarine on 20 August 1917. Among the crews of the merchant vessels NORTH WALES, CANGANIAN and EDERNIAN were a significant number from Llŷn. They all perished at sea in attacks by German submarines. Source: Rhiw.com 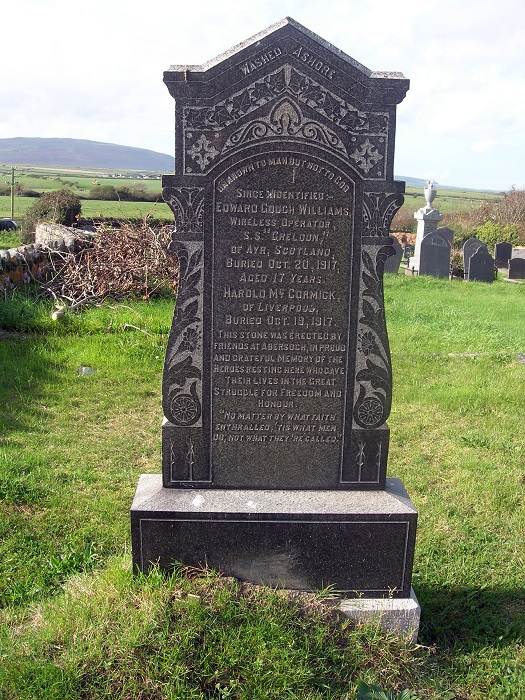 Throughout the First World War, at least 26 victims of German submarine attacks on Allied and neutral vessels were washed ashore around the coast of Llŷn. Following the sinking of the GRELDON on 8 October 1917, three bodies were washed ashore on Neigwl beach. This is the memorial stone in their honour in Llanengan churchyard. Source: RCAHMW. 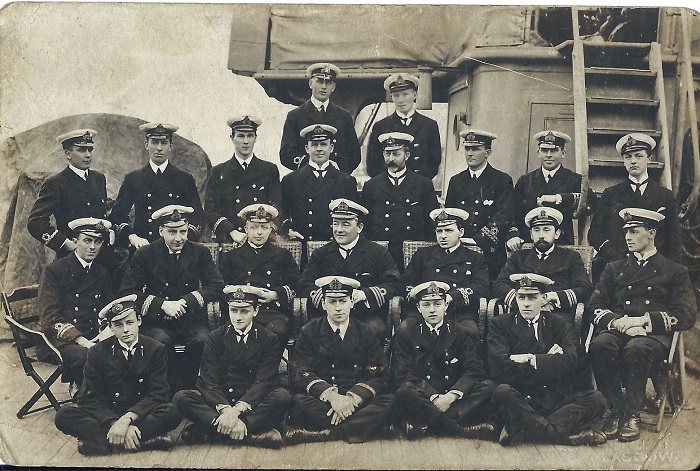 The crew of the HAMPSHIRE with Lt Evan H Williams (third row, second from right) from Nefyn on board the battlecruiser. On 5 June 1916, the HAMPSHIRE hit a mine laid by UB 103 off Orkney and sank. Source: Geraint, Cwm Gwyn, Morfa Nefyn. 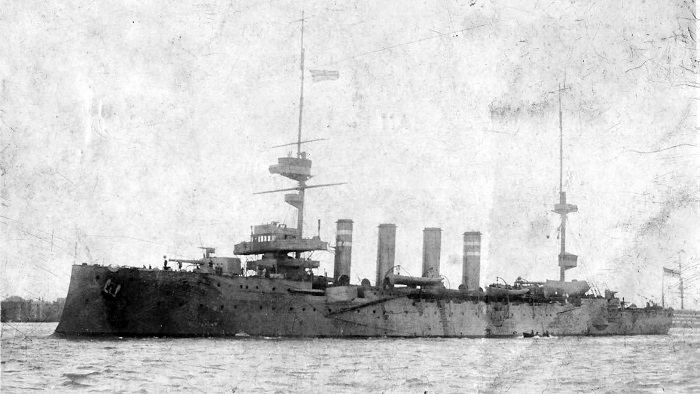 HMS HAMPSHIRE was on a diplomatic mission to Russia, carrying Field Marshall Lord Kitchener and his staff. Williams, Kitchener and all his staff were among the 737 souls lost; only 12 crew survived. Source: Geraint, Cwm Gwyn, Morfa Nefyn.

Sailors from Llŷn played an integral part in the Merchant Marine Service throughout the First World War. Many of those who died in the war at sea have no known grave. About half of the lost Llŷn mariners were under 18 or over 38 years of age and would have been either too young or too old for service in the British Army.

This tribute was suggested by Gwerfyl T. Gregory. In association with Llŷn Maritime Museum.