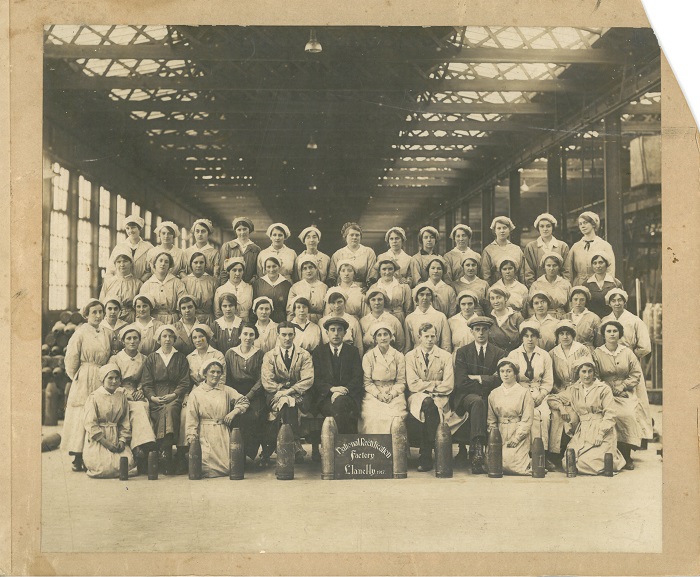 National Rectification Factory, Pembrey 1917, by Frank Anthony of Llanelli. The factory recruited many girls and women from Llanelli to repair or repurpose munitions returned from the front. Source: Carmarthenshire Museums. 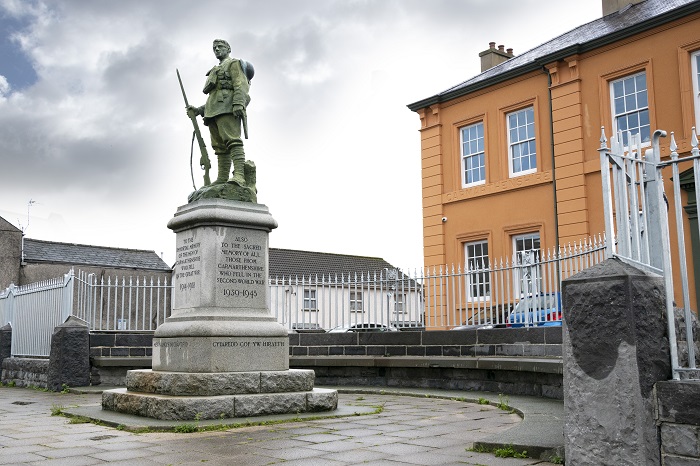 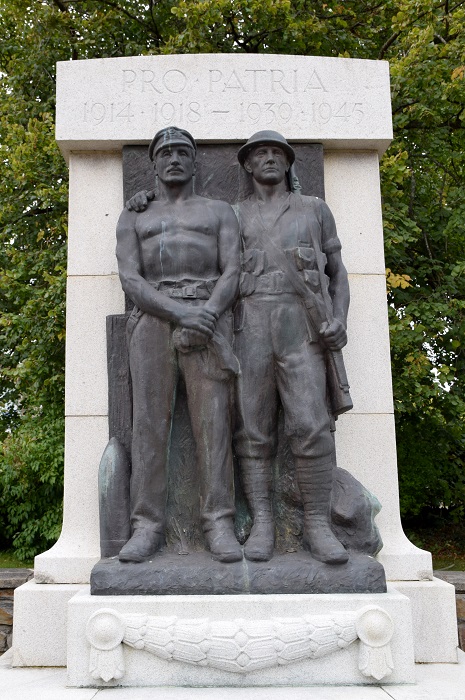 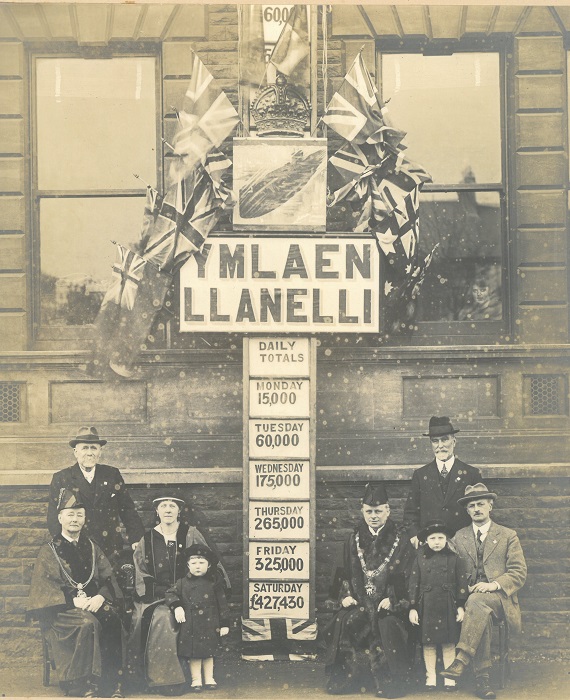 ‘Boom’ week in March 1918 was a nationwide Ward Bonds race encouraging towns to compete in their fundraising effort. The Mayor of Llanelli, Alderman D. James Davies, was confident the town would meet the target of £100,000 to provide a submarine. Llanelli exceeded its target several times over and was second only to Cardiff. Source: Carmarthenshire Museums.

An official booklet published at the unveiling of the Carmarthenshire War Memorial in 1924 listed the names of 1,913 men and women of the county who gave their lives in the Great War. Research by the West Wales Memorials Project has expanded that figure to around 2,700 men and women. Among them are fifty known casualties with the Royal Navy and Mercantile Marine from Llanelli and Burry Port. At home, Llanelli responded to the nation’s defence – Nobel’s TNT factory opened at Pembrey in 1914 and Llanelly Shell Factory at Machynys in 1915. Factory workers were encouraged to grow produce at home, get behind ‘Ymlaen Llanelli’ fundraising campaigns, and entertain wounded soldiers recovering in local hospitals.