A Blaenavon ‘Collier’s Boy’ and the UB 91 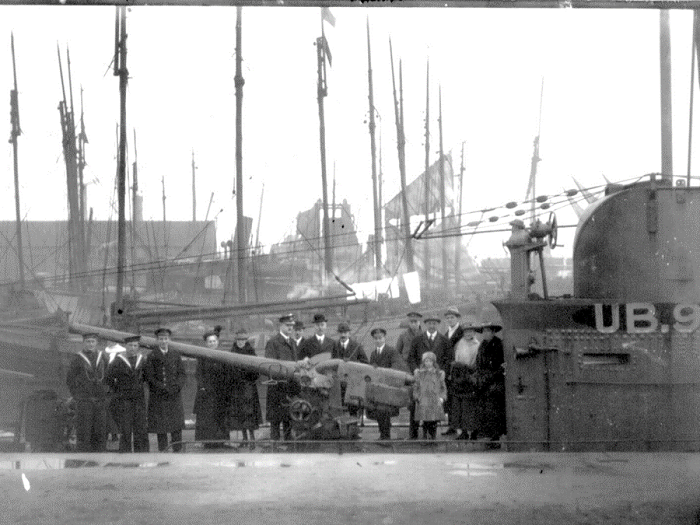 The UB 91 at Newport in January 1919. The event was recorded in the South Wales Argus, making much of Brookes, the son of a Blaenavon collier. Brookes can be seen in this photograph, the sixth adult figure from the far right. Source: Brian Rendell. 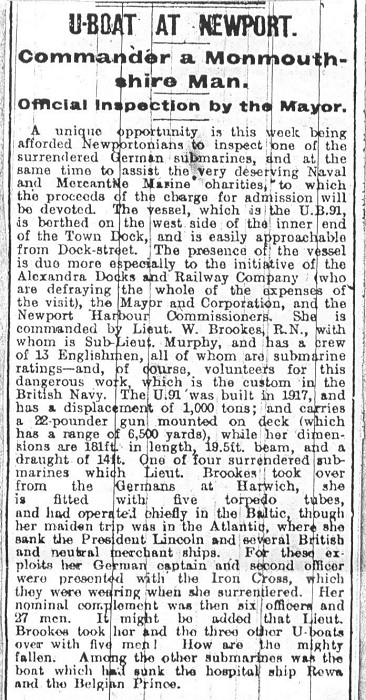 A report in the South Wales Argus notes the role of the Alexandra Docks and Railway Company, the Mayor and Corporation, and the Newport Harbour Commissioners in bringing the submarine to the Town Dock. Source: South Wales Argus, 14 January 1919. 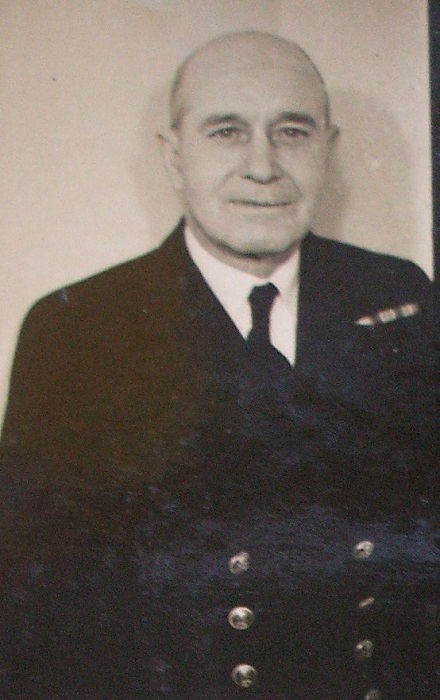 William Brookes served again in the Royal Navy during the Second World War, before finally leaving the service in 1947.  Source: Brian Rendell. 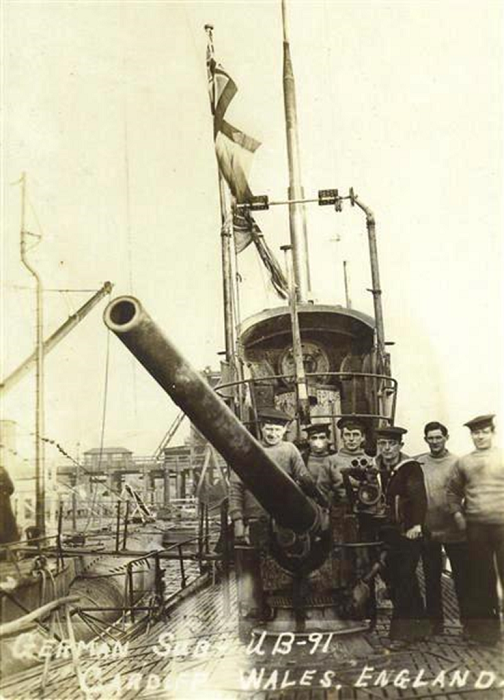 The UB 91 also visited Cardiff, Swansea, Port Talbot, Pembroke Dock and Milford Haven. A charge of ‘6d to look’, and ‘1s to go on board’ was charged and around 20,000 people are reported to have visited the submarine each day. Source: Brian Rendell. 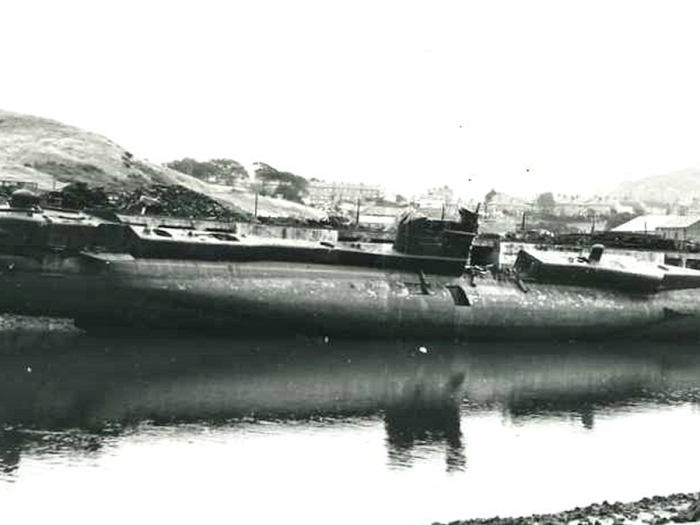 The UB 91 was launched in March 1918 and undertook two patrols under the command of KapLt Wolf Hans Hertwig, sinking five vessels in total. Following her surrender and charity tour after the war, the UB 91 was scrapped in Briton Ferry in 1921. Source: Brian Rendell. 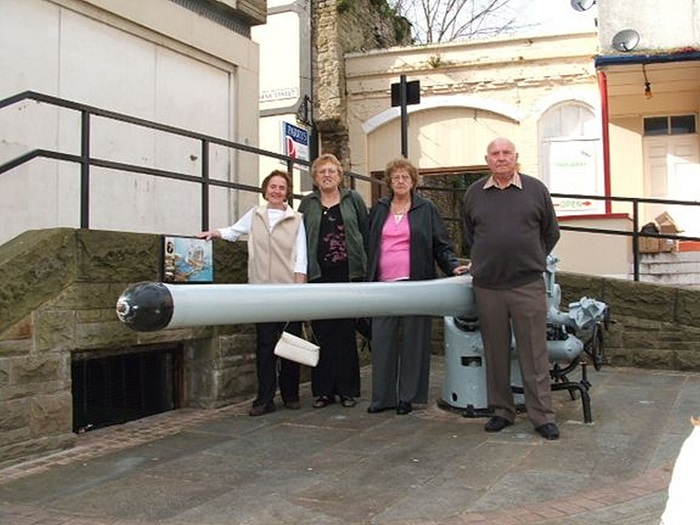 The deck gun of UB 91 was presented to the town of Chepstow to honour William Charles Williams, a native of Chepstow, who was awarded a posthumous Victoria Cross for his service in the Royal Navy at Gallipoli. The town’s cenotaph and gun were unveiled in January 1922 by Mrs Francis Smith, sister of William Williams. Trevor Williams and other relatives of William Charles Williams are shown here alongside Chepstow’s unique war memorial. Source: Brian Rendell and Trevor Williams.

Armistice Day commemorates the day the Great War ended, but the 21 November 1918 should also be remembered as the day the Imperial German Navy surrendered. After the war many of Germany’s submarines were sent to be broken up, but before they were, some were manned by British crews and taken on tours of British ports to help raise money for mariners’ charities. This is how William Brookes, born in Blaenavon in 1887, became the temporary commander of UB 91. He had a distinguished service record in his own right, having enlisted in the Royal Navy in 1902. During the war, he served on the submarines NAUTILUS and C 6, and received the 1914-15 Star, British War Medal, and Victory Medal.

This tribute was suggested by Tim Dowle with images supplied by Brian Rendell and Trevor Williams. In association with Friends of Newport Ship.