U-Boats in the Irish Sea 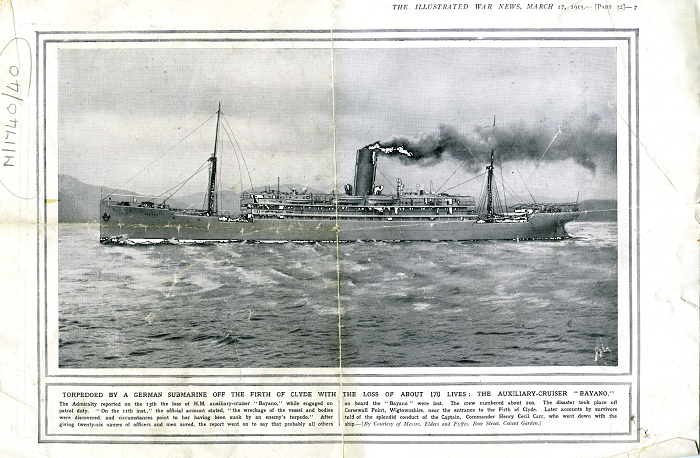 Bernard Dunphy (1881–1915), shown here in his naval uniform, was from a well-known Llandudno family of successful grocers. At age 18 he became a career merchant seaman nd was later an officer in the Royal Naval Reserve. He married Edna Potts in St George’s Church, Llandudno, in 1912. Source: CP1194/7, Conwy Archive Service. 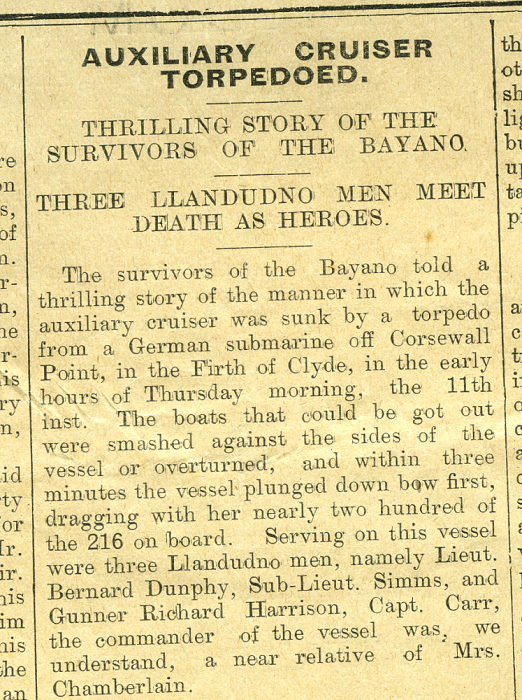 Newspaper report of the sinking of the BAYANO. Survivors stated there was no warning until the vessel was ripped open by a terrific explosion. Bernard Dunphy was in bed at the time, but immediately went to his station. He stayed there to the very end to enable the lifeboats to get clear. Source: CX1740/39, Conwy Archive Service. 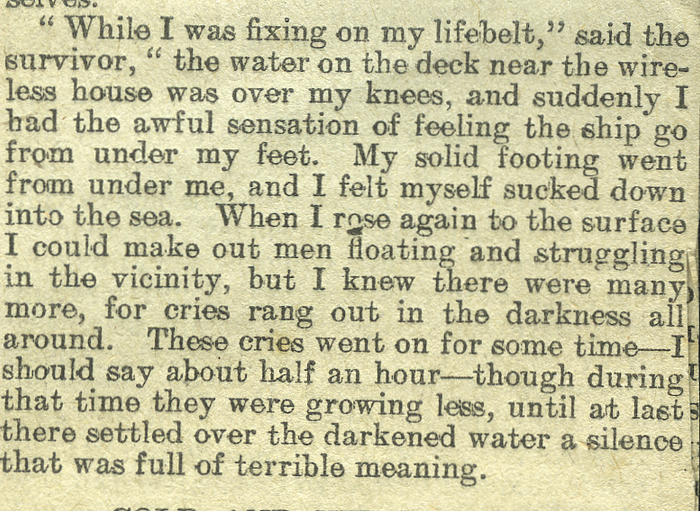 Account by a BAYANO survivor: ‘I could make out men floating and struggling in the vicinity, but I know there were many more for cries rang out . . . until . . . there settled over the darkened water a silence that was full of horrible meaning.’ Source: CX1740/38, Conwy Archive Service. 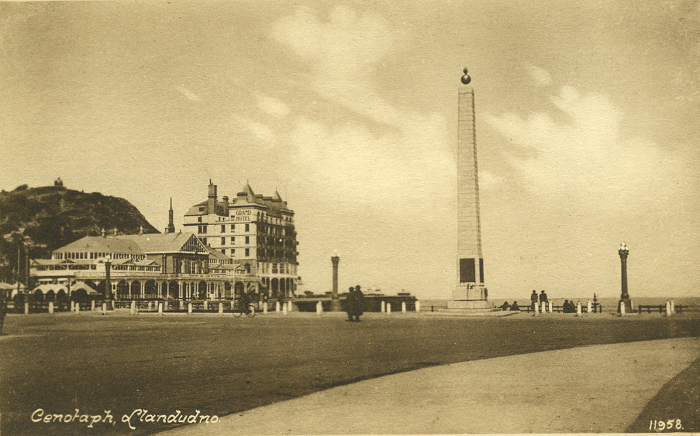 Llandudno War Memorial. In addition to those lost on the BAYANO, eleven other local people were killed when their ships were attacked by U-boats during the First World War. They include civilians, women and servicemen. Source: CP170/4, Conwy Archive Service.

There were wider implications to the three German officers’ escape attempt. In March 1915 Bernd Wegener, Captain of the U 27, pioneered a new route via the North Channel separating Northern Ireland from Scotland to test the feasibility of the escape. This opened the Irish Sea to enemy U-boat patrols.

This tribute was suggested by Thomas Jeffers, the Home Front Museum, Llandudno, and the attendees of the Research Afternoon, 5 June 2018. In association with CONWY County Borough Council.