Painting of the LEINSTER during peace time. The fact that Germany had requested that the USA arrange an end to all hostilities just four days before gives added poignancy to the lives lost when the ship was torpedoed on 10 October 1918. Source: Holyhead Maritime Museum. 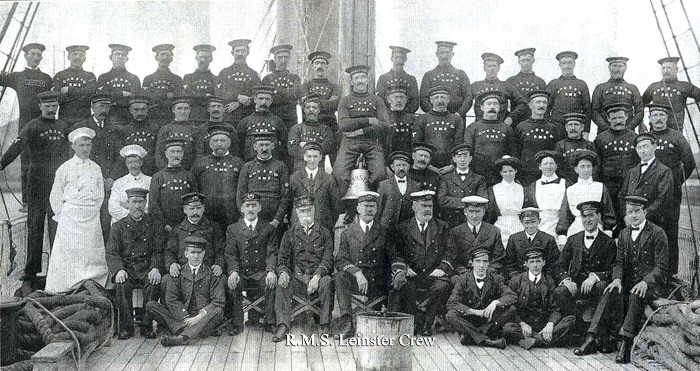 The LEINSTER was commanded by Capt. William Birch, originally a Dubliner. She had a crew of 76 and another 22 Dublin Post Office staff on board. In the eyes of the UB 123, the large contingent of military personnel, who included Wrens and nurses, made the ship a legitimate target. Source: Holyhead Maritime Museum. 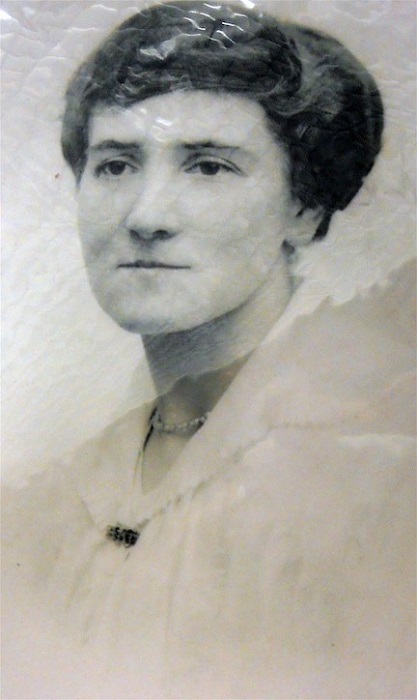 Hannah Owen (1882–1918) was second stewardess on the LEINSTER. At the time of her death she had been employed by the CoDSPCo for 12 years and had worked on all their ships. She received the Mercantile Marine Medal and British War Medal. Source: Holyhead Maritime Museum. 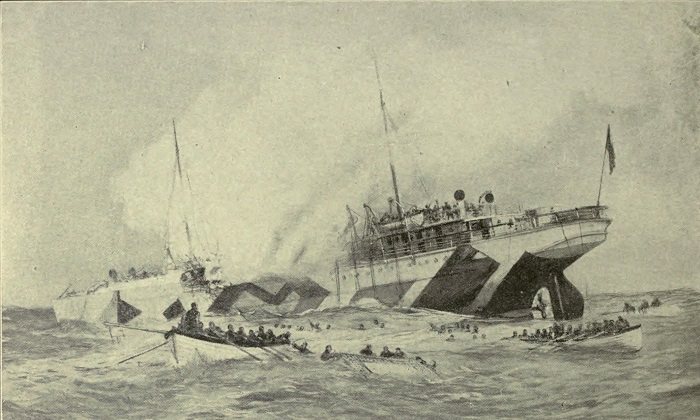 The UB 123’s second torpedo struck the port side, where the postal sorting room was situated. The subsequent explosion blew holes through the LEINSTER’s port and starboard sides. As another torpedo struck lifeboats were launched. Source: University of Toronto, Robarts Library. 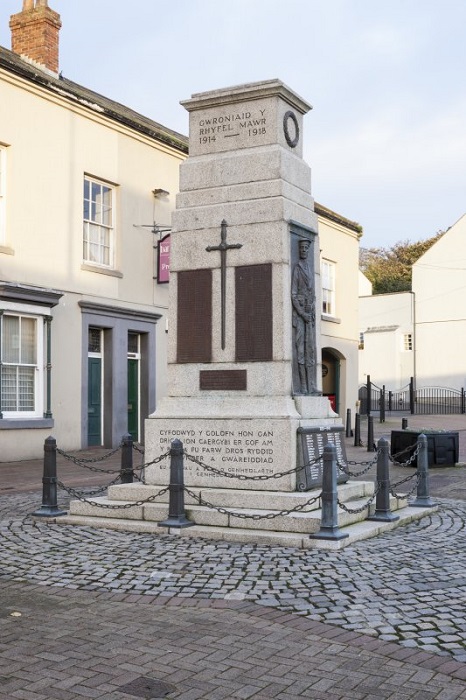 Over 560 died from the sinking of the LEINSTER, and of these 27 came from Holyhead. They are commemorated on the Holyhead War Memorial. Source: RCAHMW.

The mail and ferry services working between Ireland and Wales became a special target for German submarines from 1917 onwards, because the ships began to transport large numbers of military personnel. The LEINSTER was owned by the City of Dublin Steam Packet Company (CoDSPCo) which had transported mail between Kingstown (now Dún Laoghaire) and Holyhead since 1850. Consequently, a special connection had developed between the two ports by the crews supplied for the company’s fleet of vessels. There are entries in the LEINSTER’s log noting previous U-boat encounters, for example ‘Night Sailing. December 27, 1917. Torpedo missed by yards’. The LEINSTER left Kingstown (now Dún Laoghaire) for Holyhead for the last time on 10 October 1918, to be sunk soon after by UB 123. The LEINSTER’s sinking was a great loss for both maritime communities.

This tribute was suggested by Barry Hillier. In association with Holyhead Maritime Museum.