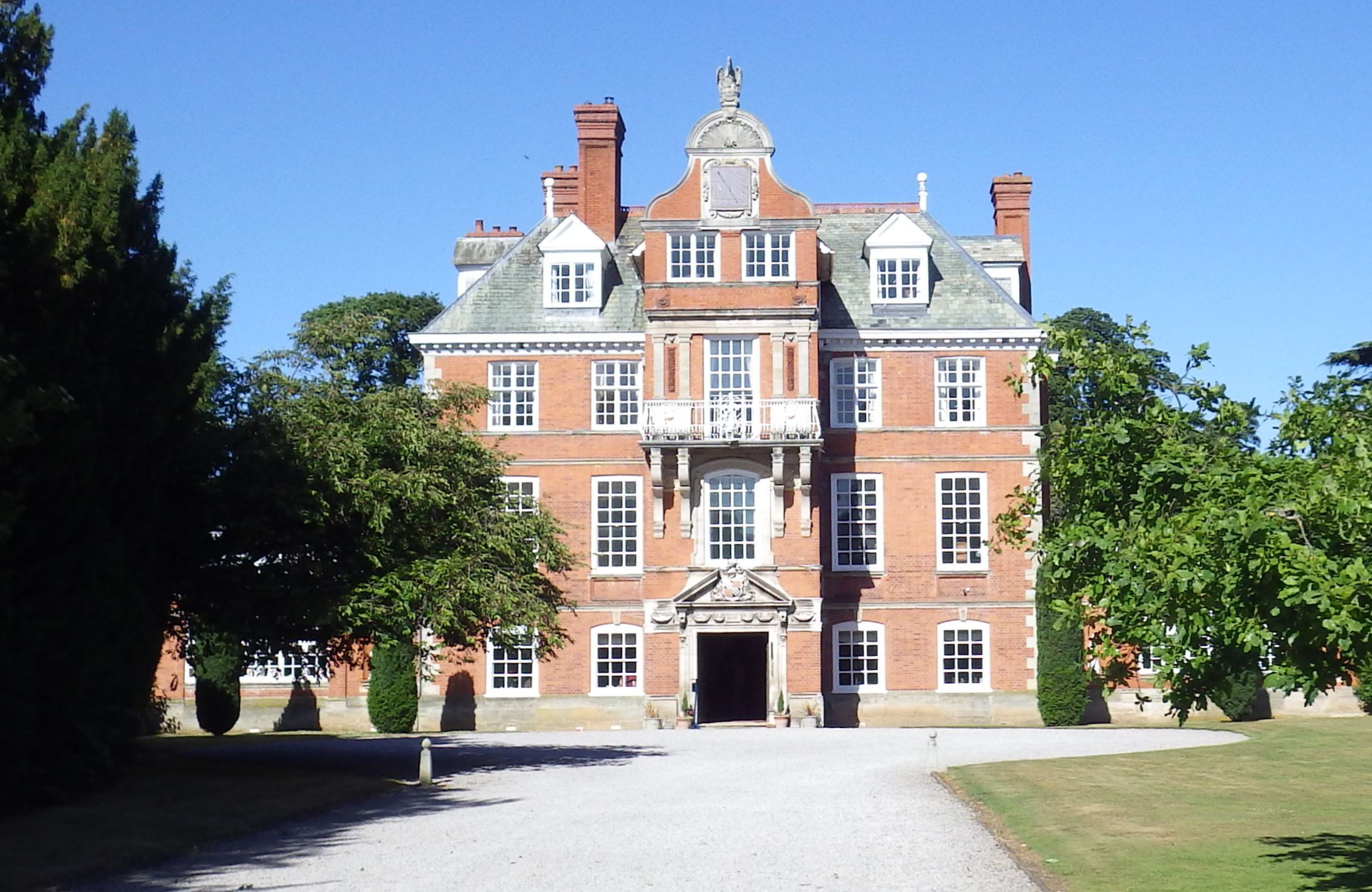 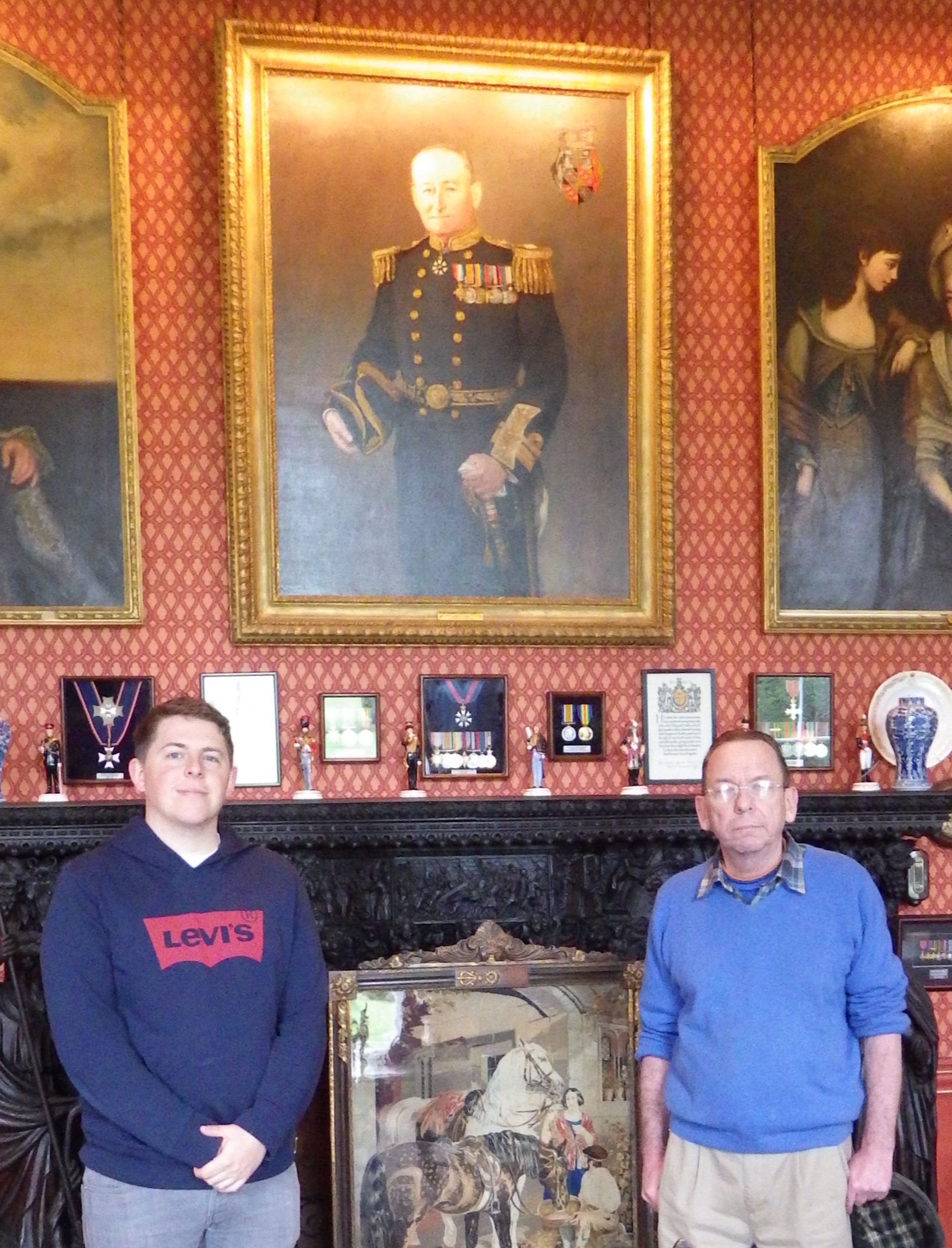 The Hon Thomas Rowley-Conwy and his father Owain Rowley-Conwy, 10th Baron Langford, beneath the portrait of their ancestor, Rear-Admiral Rafe Grenville Rowley-Conwy RN CMG, in the dining-room of Bodrhyddan Hall. Source: RCAHMW. 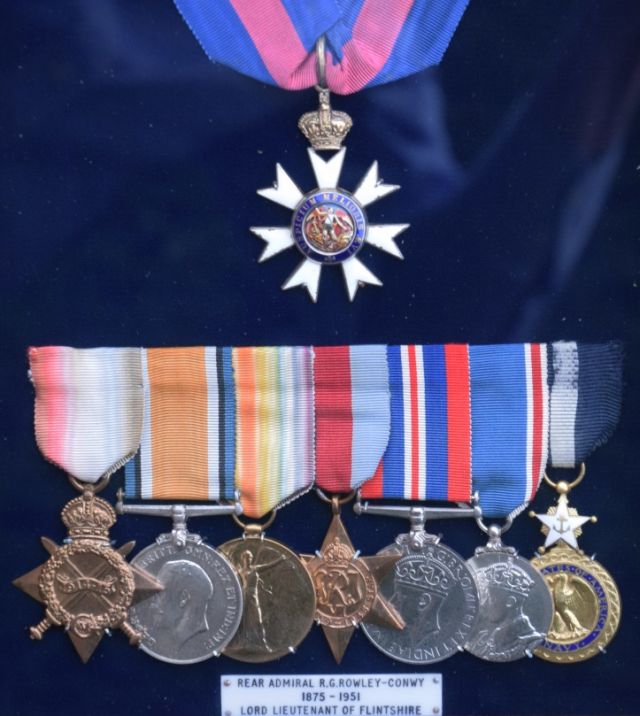 The medals awarded to Rafe Rowley-Conwy reflect the significance of the battle. The superiority of the British Navy was impressed on the German authorities and kept the German fleet from taking to the sea for the remainder of 1914. Source: Rowley-Conwy family. 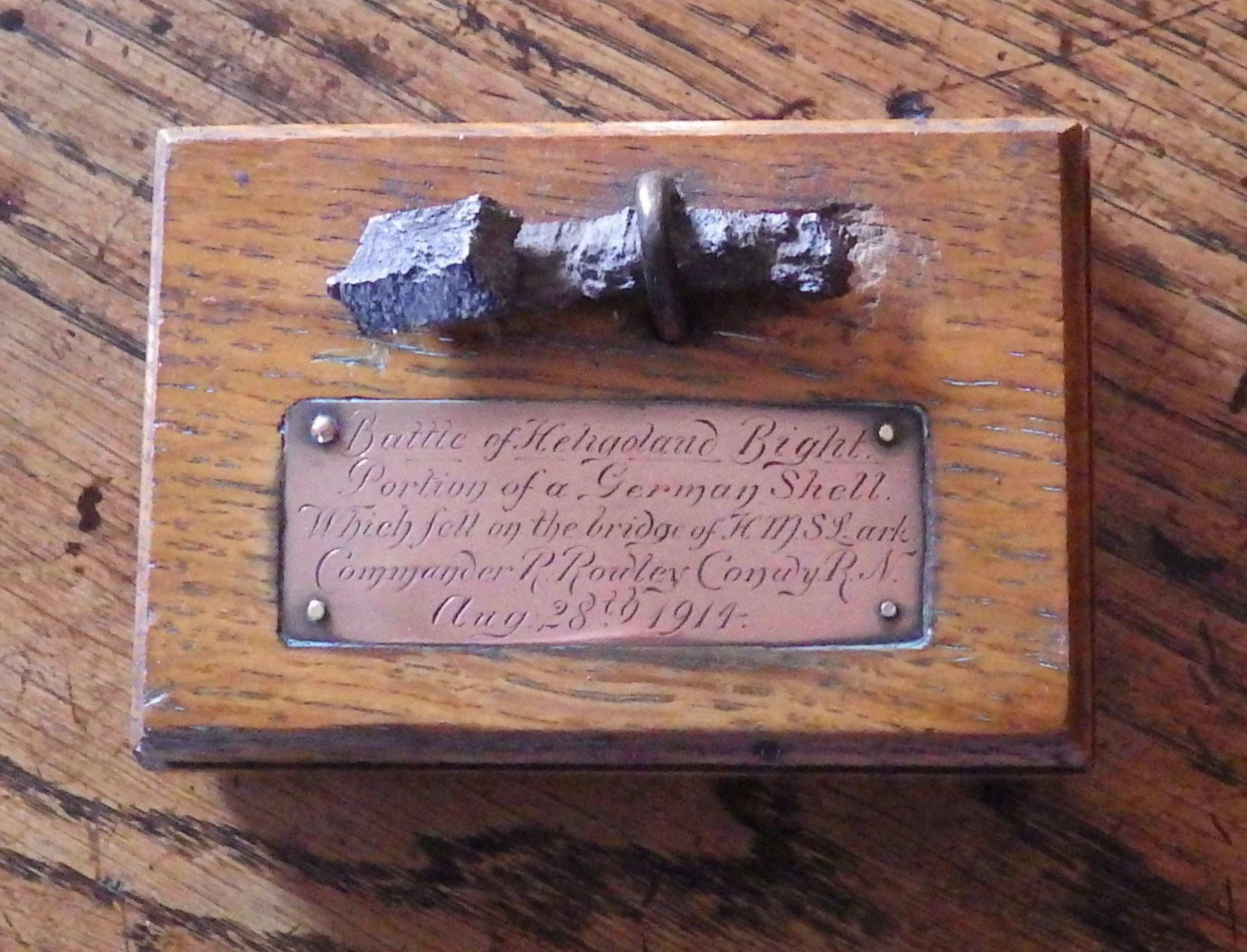 Rafe Rowley-Conway was the commander of HMS LARK from 12 May 1914 until 27 November 1914. A family story maintains that HMS LARK was the first British ship to fire its guns. A small memento of the battle is this piece of shrapnel which fell on the deck. Source: RCAHMW. 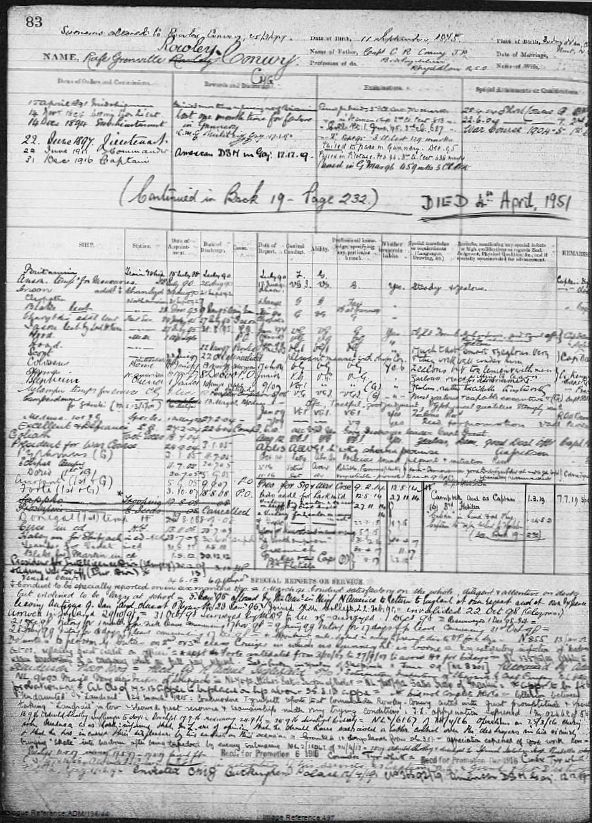 The service record of Rafe Rowley-Conwy includes remarks by his superiors stating that he possessed ‘sound judgement and initiative’ and ‘made a good destroyer commander’. Source: The National Archives, Kew, ADM/196/44.

Commander Rafe Grenville Rowley-Conwy, Bodrhyddan Hall, and HMS LARK took part in the first naval battle of the Great War – the Battle of Heligoland Bight in the North Sea – on 28 August 1914. British Commodores Reginald Tyrwhitt and Roger Keyes had devised a plan to catch German destroyers returning to port after night patrol. HMS LARK was part of the British 3rd flotilla comprising 16 new Laforey-class destroyers under the command of Tyrwhitt. The battle began at around 7:00 a.m. when German torpedo boat G194 was sighted and Tyrwhitt ordered four of his destroyers to attack. In the hours that followed, Germany would lose the light cruisers MAINZ, KÖLN and ARIADNE and the destroyer V-187, with three other light cruisers being damaged. 712 German crew members were killed, 530 were injured and 336 taken prisoner. The British suffered damage to one light cruiser and three destroyers, with 35 crew members killed and 40 wounded.

This tribute was suggested by the House Stewards of Bodrhyddan Hall, Denbighshire. In association with the Rowley-Conwy family.