Dyffryn Aled, c.1915. On the evening of 13 August 1915 the three escapees cut through the bars of their cell window and walked to Llandudno. They ordered an ‘excellent’ breakfast at a café before hiding on the Great Orme. Source: CP252/2, Conwy Archive Service. 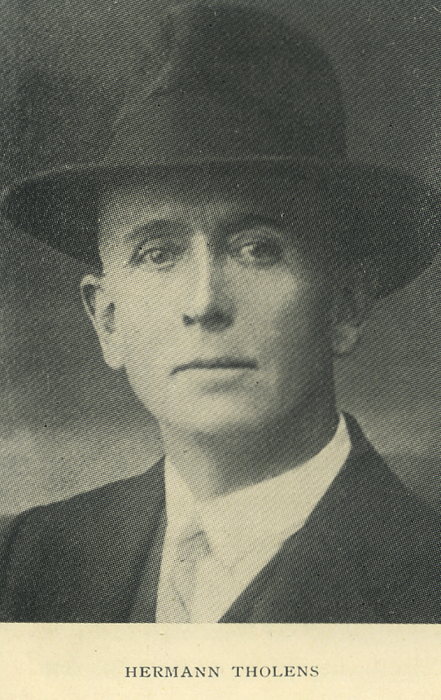 Herman Tholens after the war. The prisoners decided to split up, and at 9 a.m. suspicion was aroused when Tholens tried to purchase cigarettes. The shop owner, speaking in Welsh, asked another customer to follow him. The police were alerted and they arrested Tho­lens outside the Tudno Hotel. Source: Photographer unknown, Escapers All (1932); not possible to ascertain copyright. 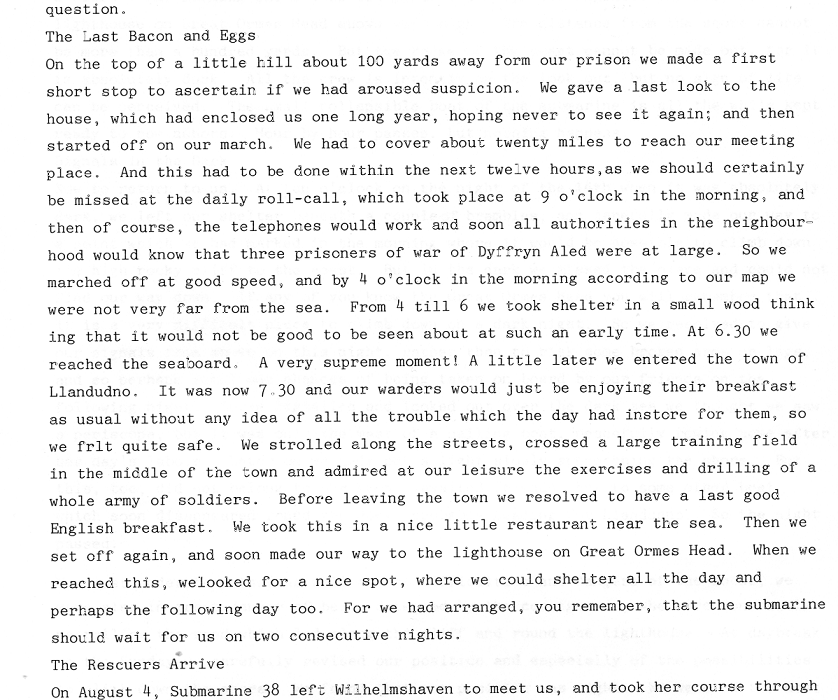 Typescript of Herman Tholens’s account of his attempted escape. On the evening of 15 August the officers escaped to the shore as U-boat U 38 approached the Great Orme. They used an electric lamp for signalling, but the beam was hidden by a rocky ledge. As a result the rescue failed. Source: CX258/1/6, Conwy Archive Service. 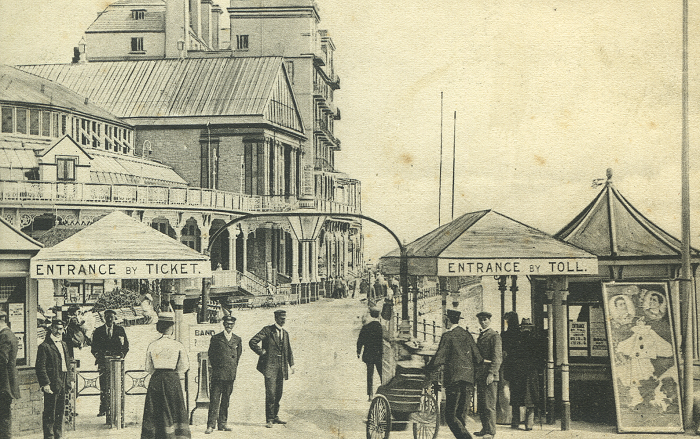 Llandudno Pier Gates. Von Hennig and von Helldorff remained at large until 11p.m. on 16 August, when they were spotted near the Pier gates by cabby Alfred Davies. ‘Cab Sir?’ Davies asked, then drove them to the HQ of the 15th Battalion Royal Welch Fusiliers, now part of Llandudno Museum. Source: CP100/26, Conwy Archive Service. 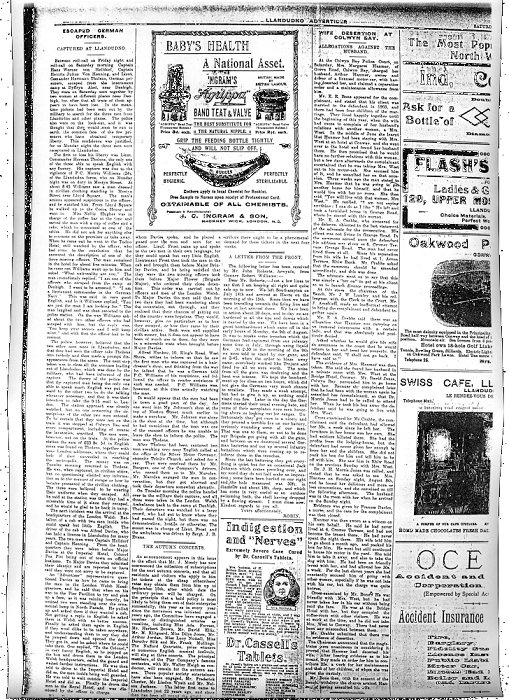 Llandudno Advertiser, 21 August 1915. The prisoners spent a night at the Royal Hotel, a venue thought appropriate for higher ranking Officers. All three were sentenced to three months in Chelms­ford Gaol before returning to Dyffryn Aled. Source: Conwy Archive Service.

In August 1915 Llandudno was the scene of a rescue attempt by a German U-boat. Three German officers, Herman Tholens, Heinrich von Hennig and Lieutenant von Helldorff, were prisoners at Dyffryn Aled Prisoner of War camp, Llansannan. They used coded messages to arrange a rendezvous with a U-Boat off the Great Orme.

This tribute was suggested by Thomas Jeffers, the Home Front Museum, Llandudno, and the attendees of the Research Afternoon, 5 June 2018. In association with CONWY County Borough Council.