Children in Pembrokeshire and the U-Boat War 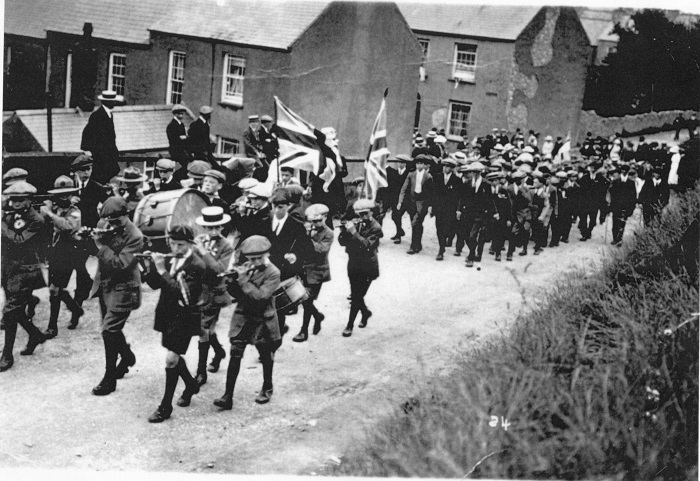 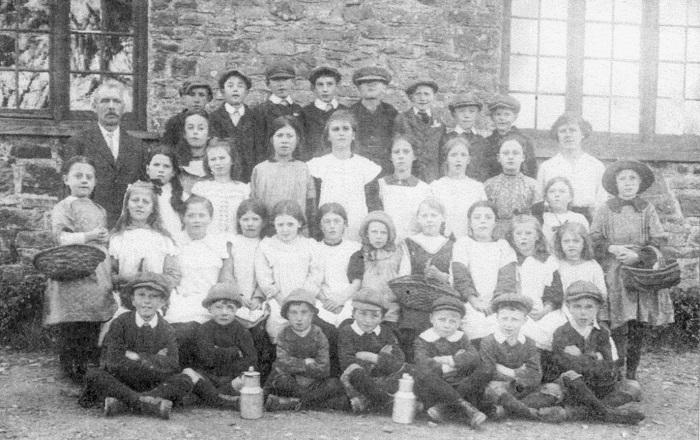 Children from Hook School in September 1918 with tins and baskets for collecting blackberries to make jam for soldiers. Source: Haverfordwest Town Museum. 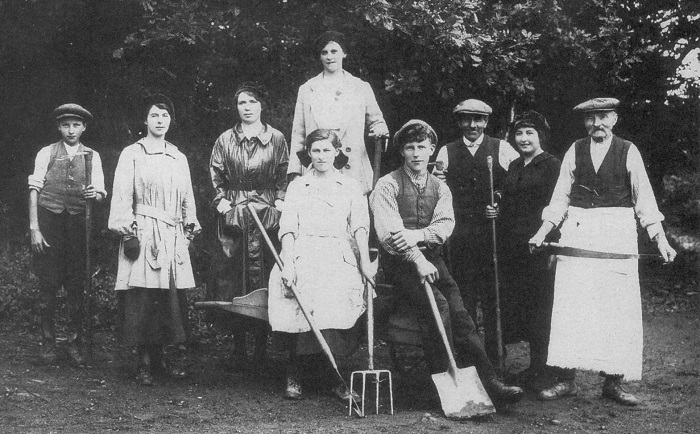 The staff of the Swallow Tree Gardens at Saundersfoot around 1917 showing children together with more mature workers. Source: Haverfordwest Town Museum. 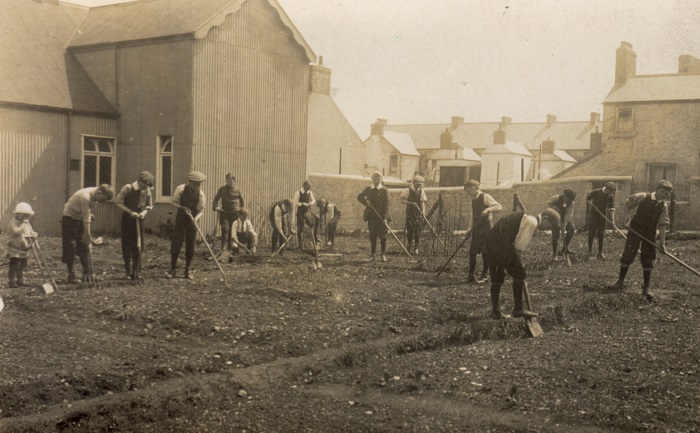 The U-boat attacks in the Irish Sea and St George’s Channel offered perhaps the most tangible and direct experience of war for Pembrokeshire civilians, including children. Throughout the war the seas yielded a tragic harvest of submarine victims and the debris of ships’ cargoes. The children of Bosherston School found an oil tank jettisoned by a German submarine on the beach at Broad Haven. It was recorded in the school logbook on 4 June 1915 that the school used it as an object lesson in sketching and mathematics. The logbook of Stackpole School recorded in November 1916 that the children were sent to Barafundle Beach to gather coal washed up from a sunken ship. At the village school of Martletwy the children had their very first sight of an aeroplane on 31 May 1916, while across the county children saw British airships and stared at them as they silently glided away from view.

This tribute was suggested by Simon Hancock. In association with Haverfordwest Town Museum.