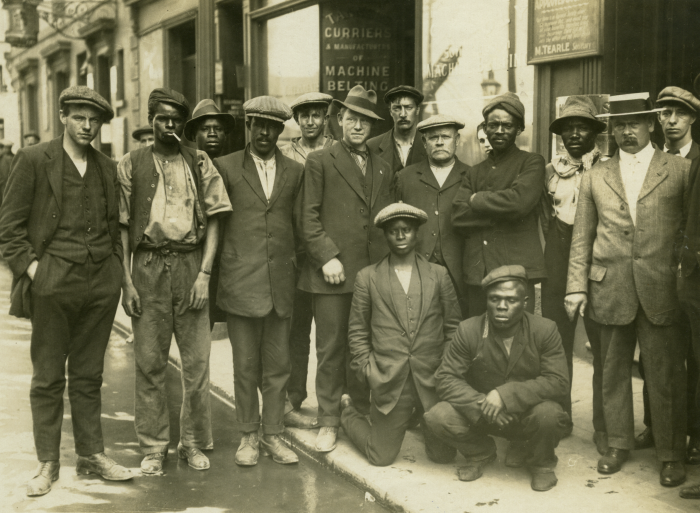 On 13 June 1915 The HOPEMOUNT left Cardiff for Alexandria, Egypt, with her cargo of coal. She was torpedoed and sunk by U 35 near Lundy Island off the Devon coast. This photograph shows some of the survivors who were brought back to Cardiff. Source: Glamorgan Archives. 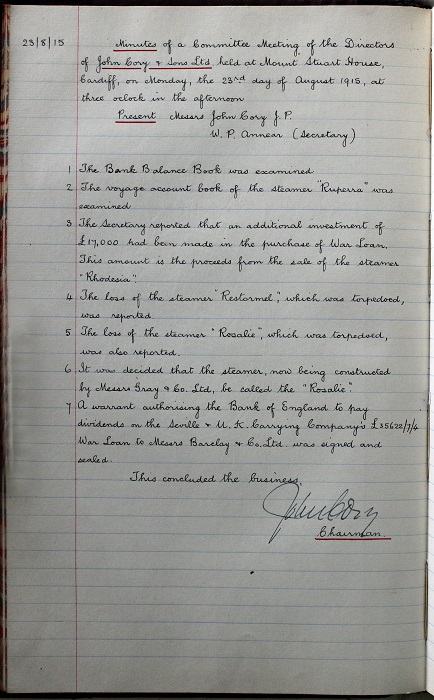 The loss of ships to U-boats were noted in the minutes of company meetings, such as these from John Cory and Sons. The ROSALIE was sailing to San Francisco when she was attacked by UB 10 off the Norfolk coast on 10 August 1915. The RESTORMEL was sunk by U 38 off the Scilly Isles on 19 August 1915. Source: Glamorgan Archives. 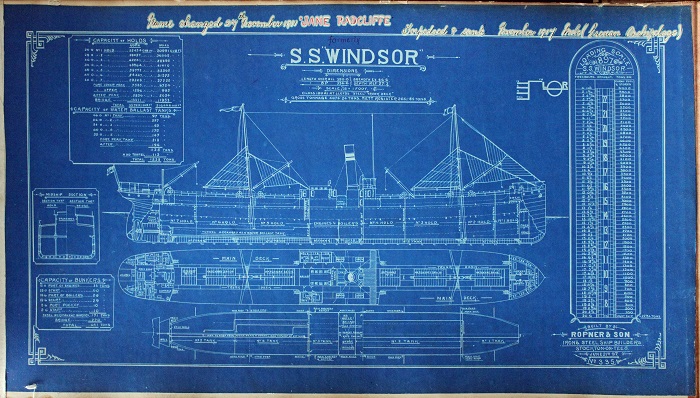 Ship’s blueprints were also often marked to note a ship’s loss. Here we see the original plans for the WINDSOR, later renamed the JANE RADCLIFFE. She was sunk off Antimilo, Greece, on 28 November 1917 when carrying her cargo of coal to Port Said in Egypt. Source: Glamorgan Archives. 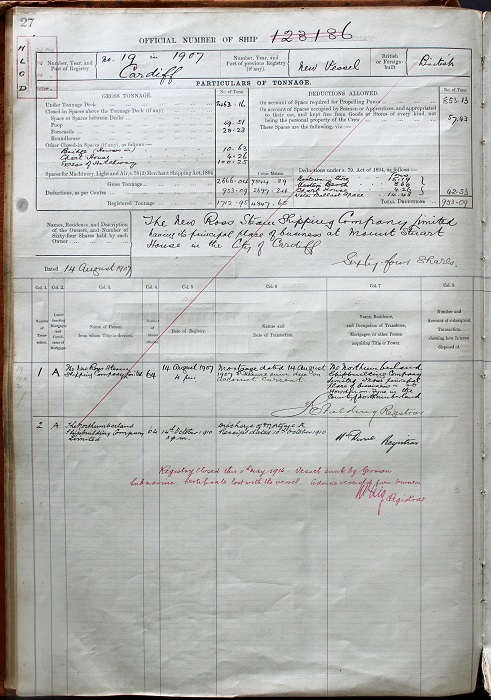 The Port of Cardiff’s Shipping Register documented the name, type of ship, and any changes in ownership during a ship’s lifetime. It would also record when it was taken out of service. Here it notes the ship was lost in a U-boat attack. Source: Glamorgan Archives.

During the First World War Welsh coal, much of it exported from the Port of Cardiff, was valued highly by the Navy. It produced less smoke – important when trying not to give your location away to the enemy. Many of Cardiff’s shipping companies lost ships to U-boat attacks. One of the biggest, Evan Thomas Radcliffe, began the war with 28 ships. During the war 20 of their vessels were sunk.

This tribute was suggested by Cardiff Story Museum. In association with Glamorgan Archives.