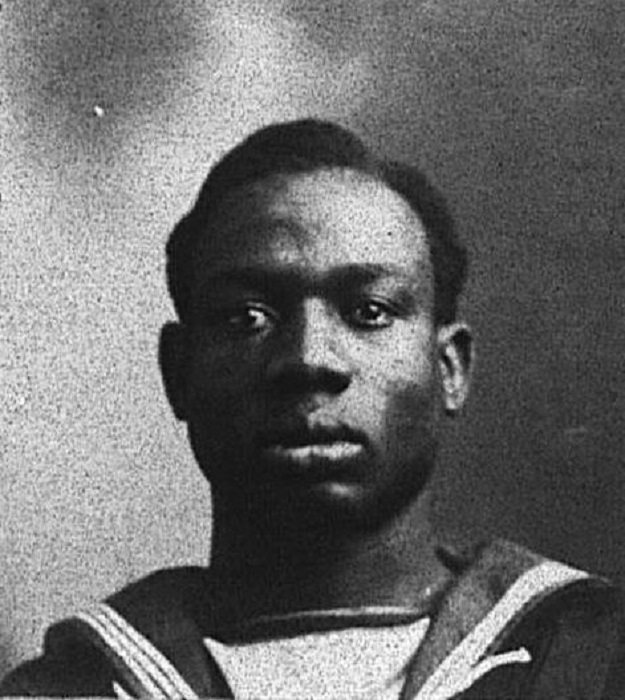 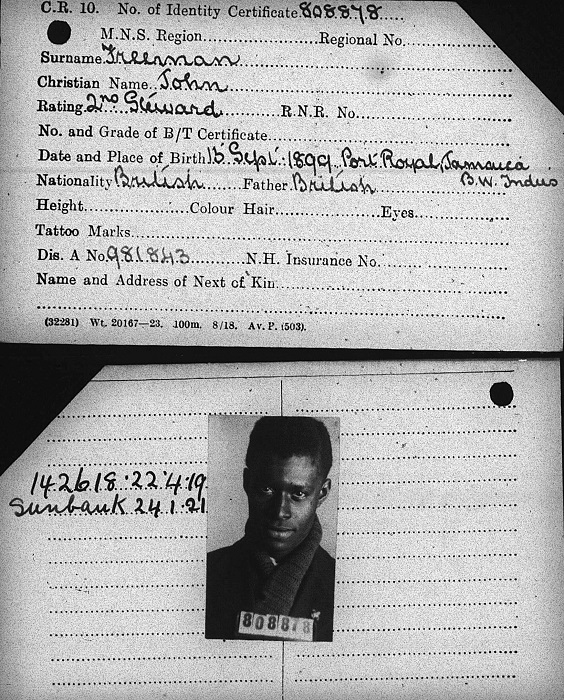 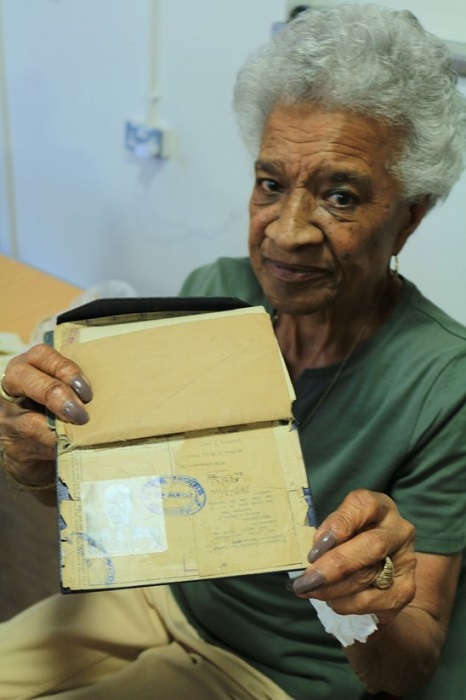 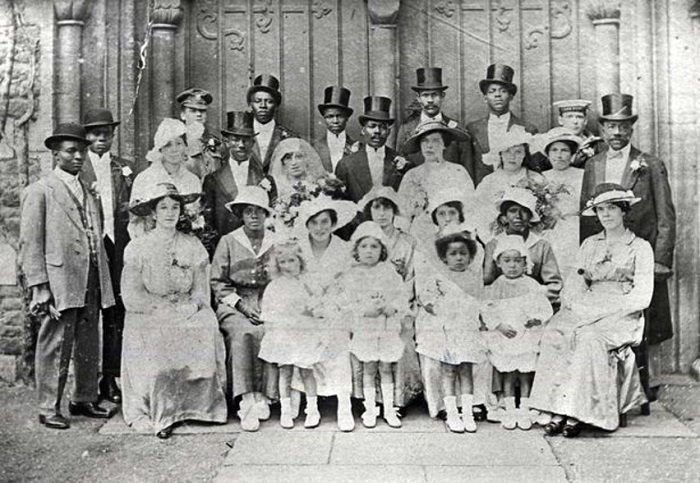 A grand wedding party in 1918 outside St Mary’s church in Butetown illustrating the mix of cultures during and after the First World War. Source: The Heritage & Cultural Exchange, Cardiff. 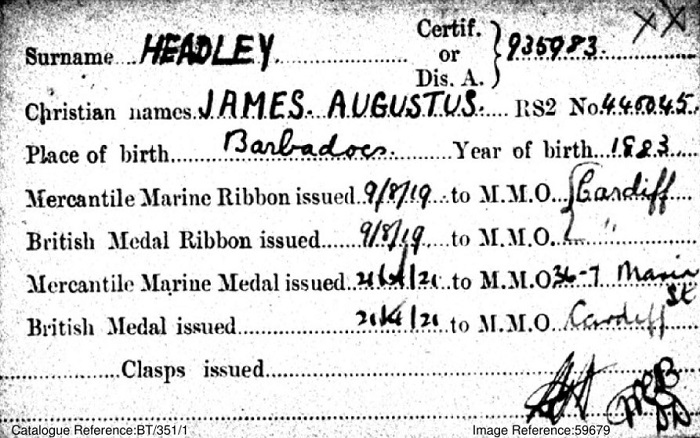 The medal card for James Headley from Barbados. It was issued to 36-37 Maria Street, Cardiff. James served as a cook aboard merchant ships both during and after the war. According to his granddaughter, Lesley Clarke, he had served on a British ship which was torpedoed by a German submarine. He was taken prisoner by the Germans, who apparently treated him well. When he returned to Britain he was awarded two bronze medals for bravery. Source: First World War Mercantile Marine Medals and the British War Medal, ref: BT 351/1/47899.

Merchant seamen from Africa and the Caribbean served on merchant ships from Cardiff during the First World War, and as uch as one-third of the labour force on British merchant ships was non-white. It has been estimated that a thousand black seamen sailing from Cardiff alone were killed at sea. Many who survived the war settled and married in the Butetown area of Cardiff, boosting the black population of the area from around 700 to about 3,000 by the end of the war.

This tribute was suggested by Tiger Bay and the World.