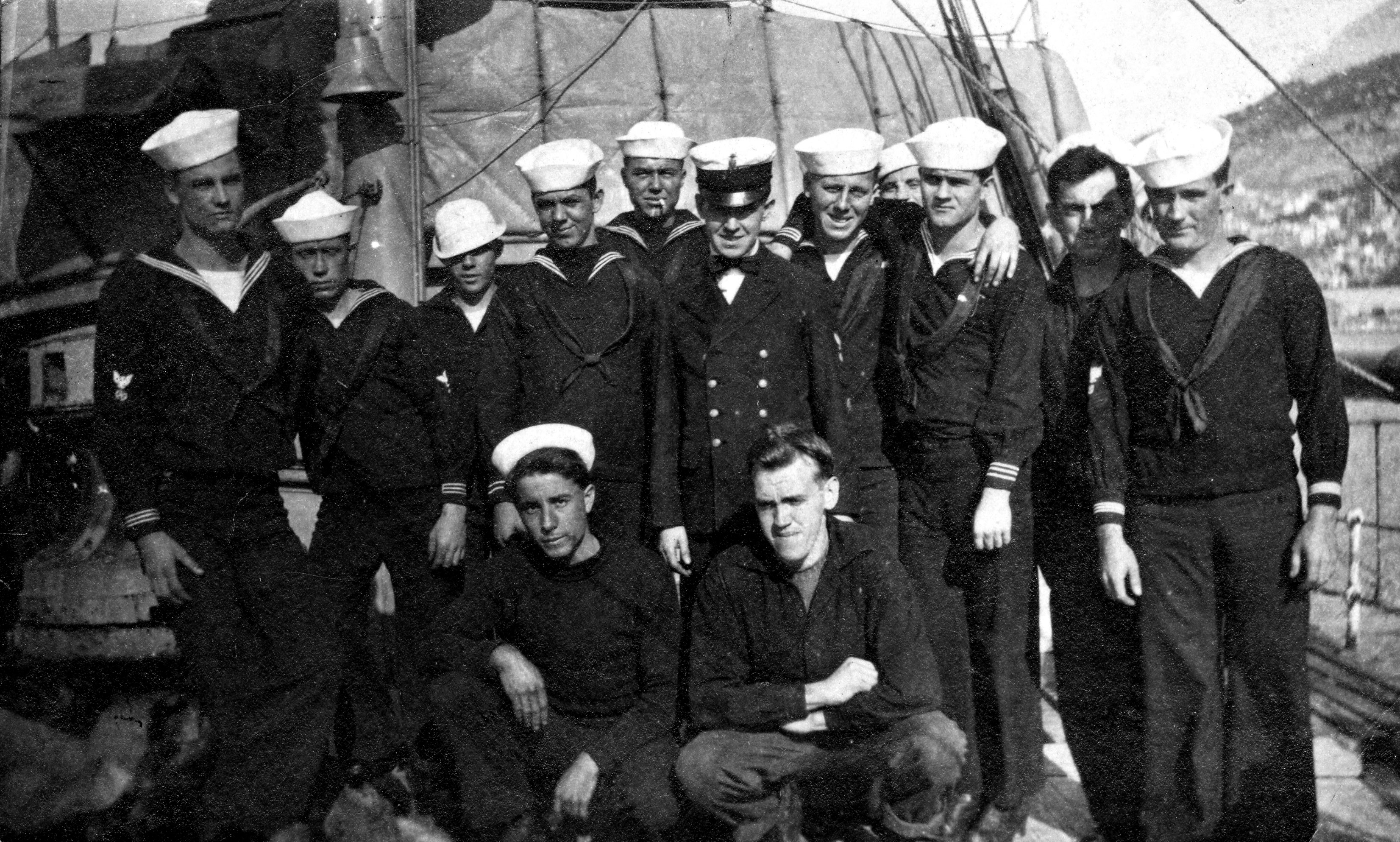 The TAMPA crew who lost their lives came mostly from Brooklyn, New York, and Tampa and Key West, Florida. Many signed up for service in the days following the United States’ entry into the First World War on 6 April 1917. There were four sets of brothers on the TAMPA. 10 African-Americans served on board as cabin stewards, cooks, and boys (1st class). Source: United States Coast Guard Historian’s Office. 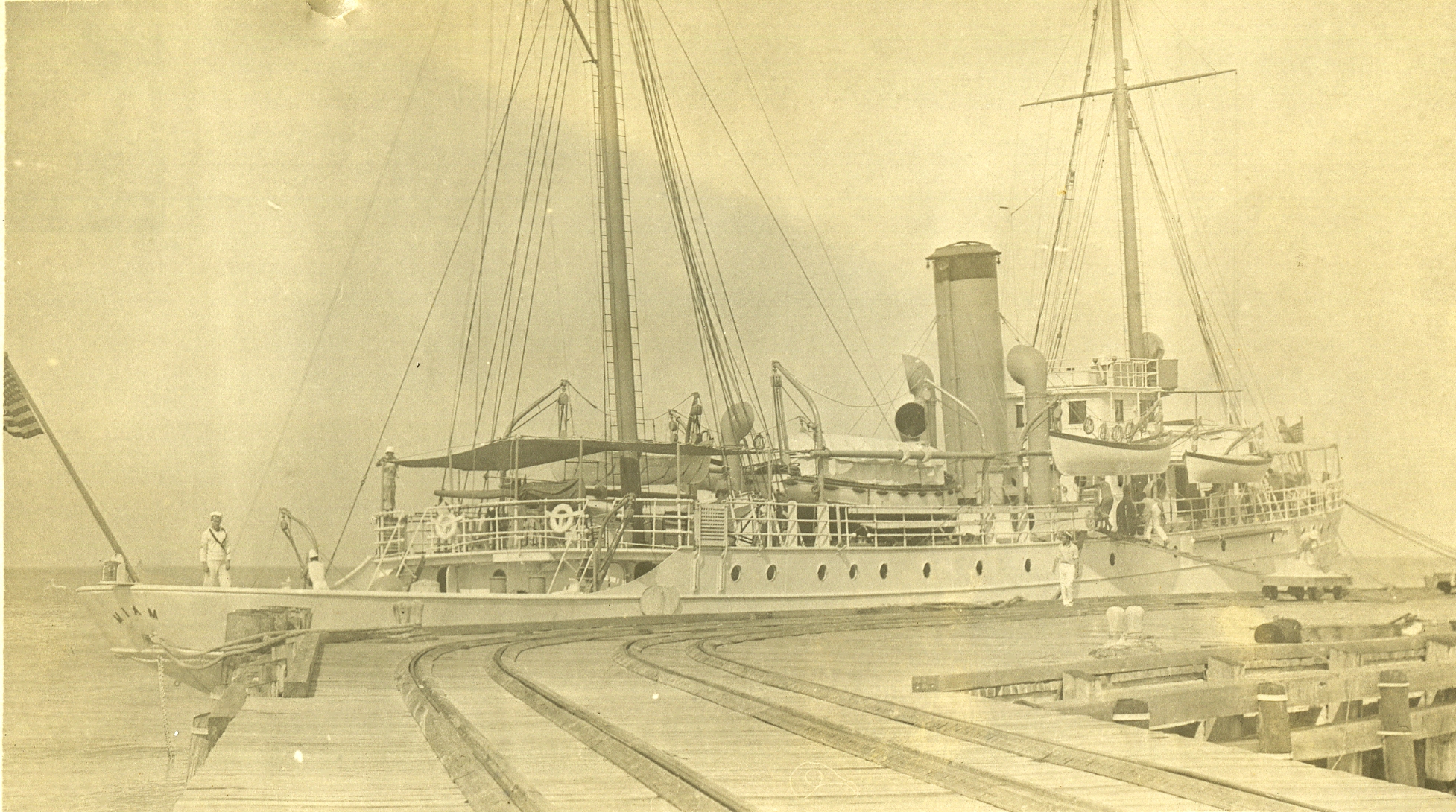 The TAMPA in December 1915. The photo was taken by Captain Charles Satterlee, commander of the TAMPA, who lost his life when she was sunk. He had served 23 years in the US Coast Guard. Source: United States Coast Guard Historian’s Office. 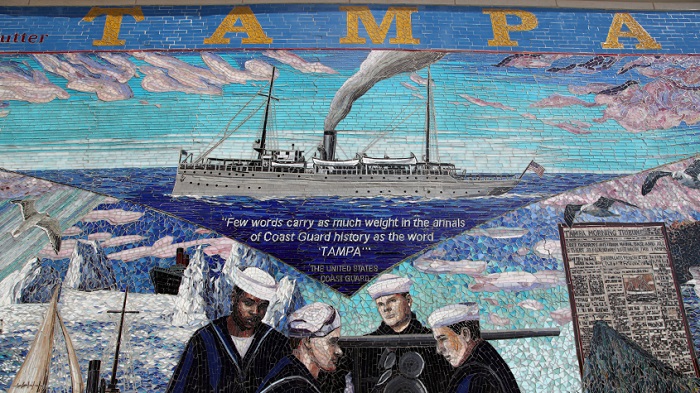 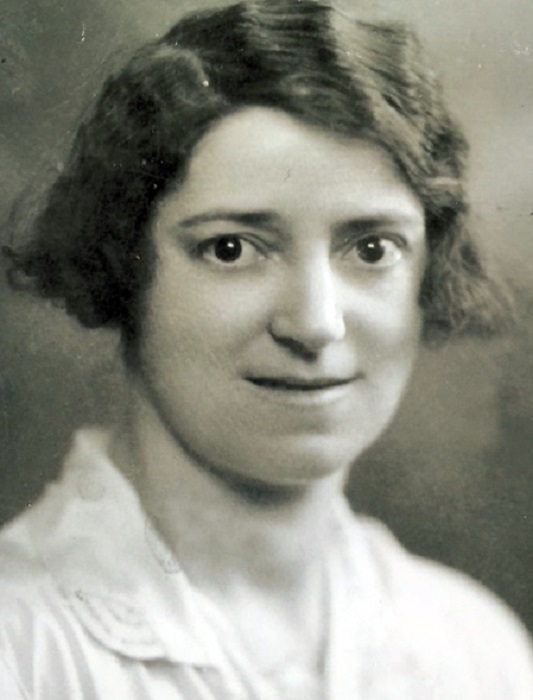 Two bodies in Navy uniforms were washed ashore at Freshwater East and are buried in the churchyard at Lamphey. Mary Brace (née Reynolds) found the bodies and then looked after the grave until the 1960s. Source: Porthcawl Museum. 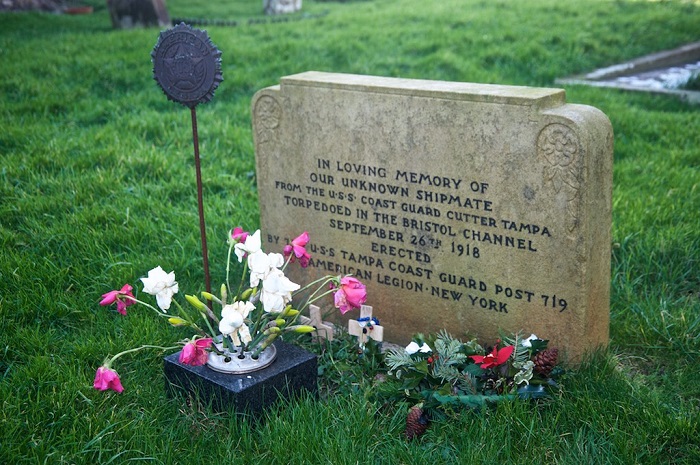 The gravestone reads: ‘In loving memory of our unknown shipmate from the USS Coast Guard Cutter Tampa torpedoed in the Bristol Channel September 26th 1918’. One of the bodies, that of James Fleury, had been identified and was returned to the US by his family. Source: Porthcawl Museum.

In 1924, 14-year-old John Rixon was walking on Rest Bay beach, Porthcawl, when he discovered a length of wood with a brass plate attached marked ‘US Coast Guard boat number 718’. John showed it to his father, a local coastguard, who sent it to the American Consulate in Cardiff. It is now mounted at the US Coast Guard Headquarters in Washington DC. Source: United States Coast Guard Historian’s Office.

The TAMPA was one of six Coast Guard cutters on convoy duty in World War I escorting ships between Gibraltar and Pembrokeshire ports. On 26 September 1918 she was sunk by a torpedo from UB 91 off the coast of Cornwall. All hands were lost, including 111 US coastguards, 4 US Navy sailors, 10 Royal Navy sailors, and 5 British civilian dockyard workers. The total loss of life was 131. It was the single largest loss of life the US Navy suffered during the First World War. A memorial mural was dedicated in Tampa, Florida, in February 2018.

This tribute was suggested by David Swiddenbank and Ceri Joseph. In association with Porthcawl Museum.