The Porthmadog District and the War at Sea: the BEESWING 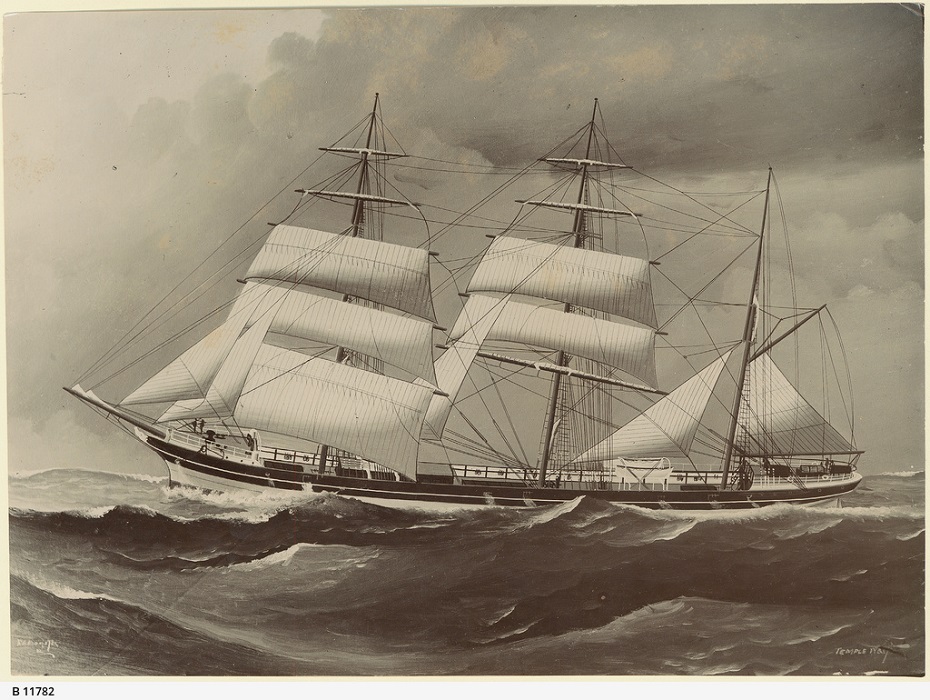 A painting of the BEESWING in foul weather. Source: State Library of South Australia. 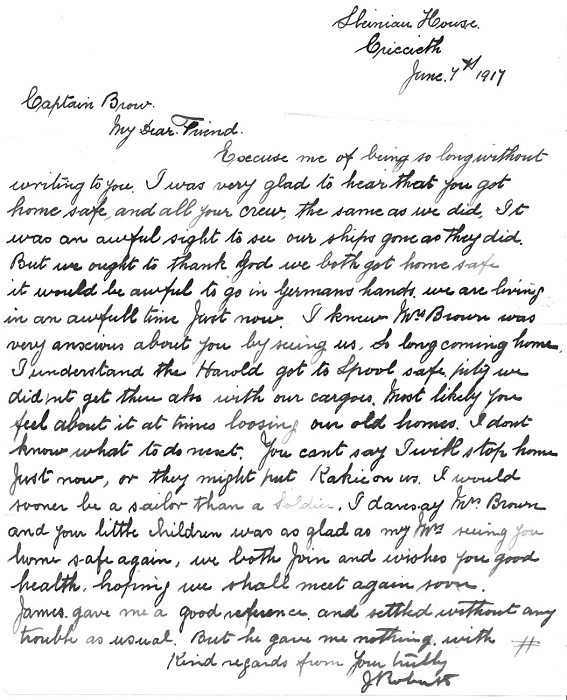 Letter from Capt John Roberts of the BEESWING to his friend, Capt Brown of the KILLARNEY, after their safe arrival home. Source: Peter Masters, Eifionydd Historical Society.

Wreck locations of the BEESWING, HAROLD and KILLARNEY and of the U 58. On 17 November 1917, the U 58 that had sunk the BEESWING was depth-charged by two US destroyers off the south coast of Ireland. Source: Porthmadog Maritime Museum.

The BEESWING was a large steel barque built in 1893. She was managed by Prichard Bros of Porthmadog and the shareholders were all local people. Her crew of around 22 came mostly from the Porthmadog area. In 1911, she was sold to J Walmsley in Liverpool. At the time of her loss, her master was Captain John Roberts from Criccieth.

The BEESWING was bound from Pensacola, Florida to Liverpool with a cargo of timber when she was stopped 140 miles west of Fastnet and sunk by gunfire from the German submarine U 58 on 2 May 1917. Five days later, the KILLARNEY, another Walmsley vessel, was stopped and sunk in the same area by U 21 under KapLt Otto Hersing. Both crews survived their ordeal.