The Legacy of the War at Sea: U-Boat Scrapping at Swansea 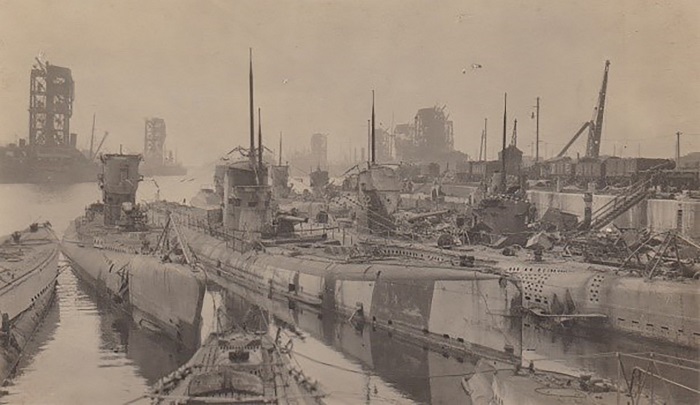 Surrendered German submarines at Swansea waiting to be broken up. Source: Swansea Museum. 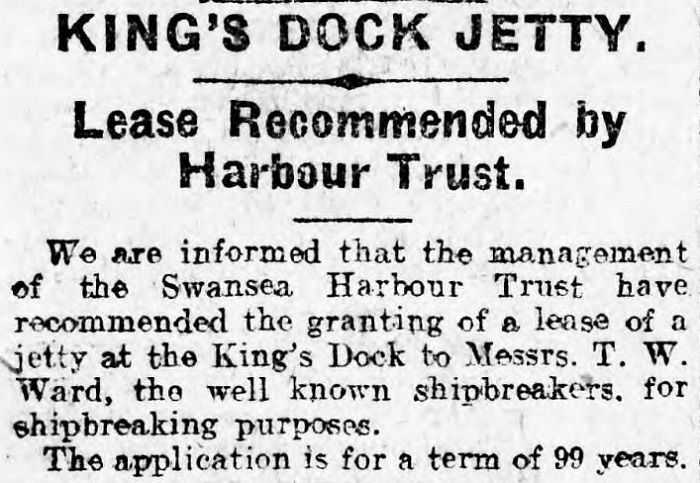 In May 1919 the Cambrian Daily Leader reported a jetty lease to T. W. Ward for shipbreaking at King’s Dock. Source: Welsh Newspapers Online. 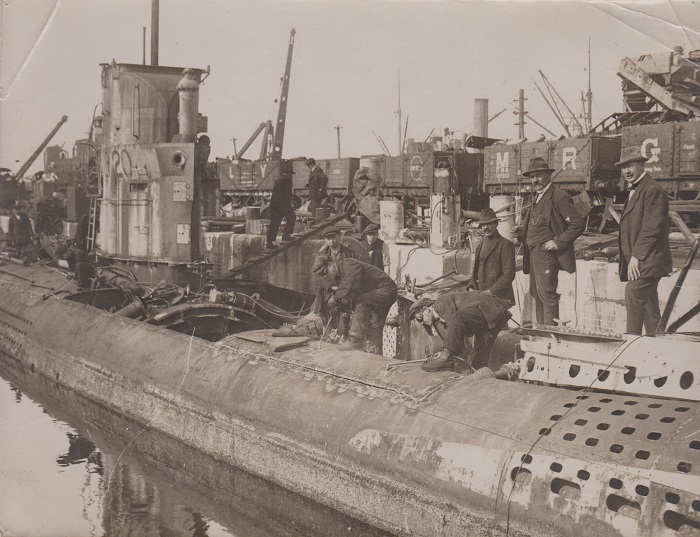 UB 20 at Swansea’s King’s Dock being cut up with metal-cutting torches. UB 20 operated between March 1916 and July 1917, first under the command of KapLt Max Viebeg and then ObLt Hermann Glimpf. Over the course of 15 campaigns UB 20 hit 15 ships. Source: Swansea Museum. 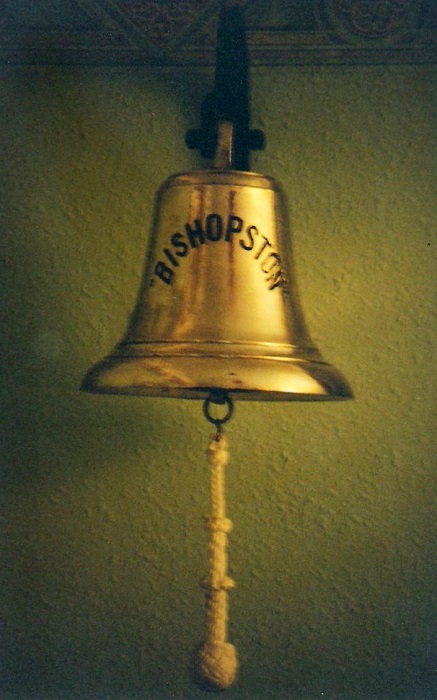 Swansea ships sunk during the War

Photo of the bell of the BISHOPSTON recovered from the wreck. German submarines were responsible for sinking at least five prominent Swansea steamers: ILSTON, BISHOPSTON, GLYNMEL, LLWYNGWAIR and OLWEN. The OLWEN and her crew disappeared without any trace, while the other four were confirmed as sunk by submarines. Source: Ivan Warren.

The introduction of Allied convoys in 1917 turned the tide against German submarine warfare. In October 1918 US President Woodrow Wilson demanded that German submarines cease operation. After the war, Germany had to surrender its submarines so they could be broken up in British ports. Some of them ended up in Swansea.

This tribute was suggested by Phil Treseder. In association with Swansea Museum.