Swansea’s Mariners: old and young from all corners of the world 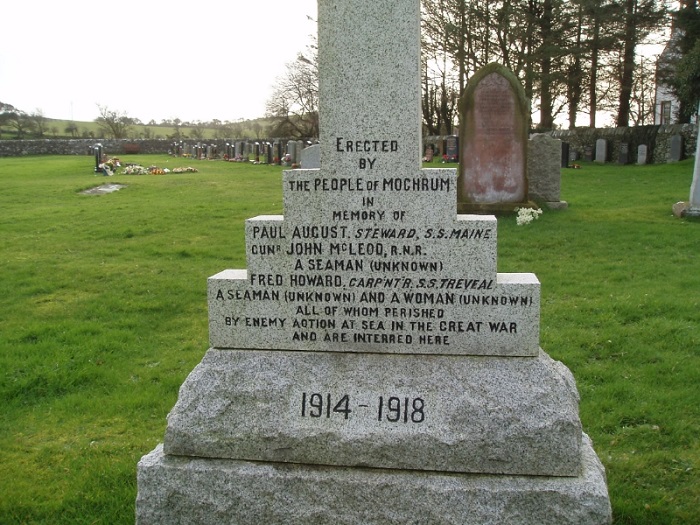 Paul August[e]’s gravestone at Mochdrum, Scotland. He lived in Cwmbwrla and was married to Catherine August (née Sweeney). She received his Mercantile Marine and British medals in 1922. Source: Mike Morley for the Scottish War Graves Project. 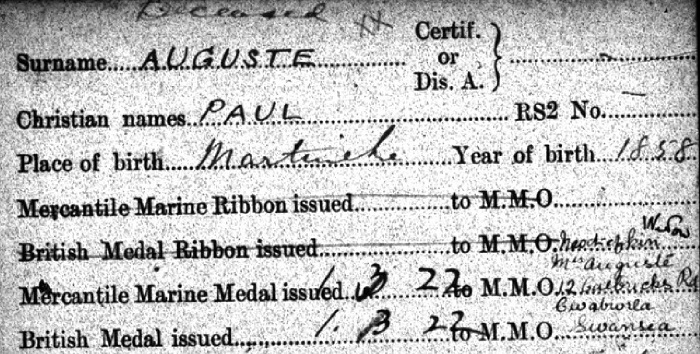 Paul Auguste, 68 years old, was the oldest Swansea mariner killed in the First World War. A ship’s-cook and steward from Martinique, he drowned in the sinking of the MAIN by UC 75 on 9 October 1917. He had worked on British ships since the 1880s. Source: British Merchant Seaman Cards, 1918-1921, TNA/BT350. 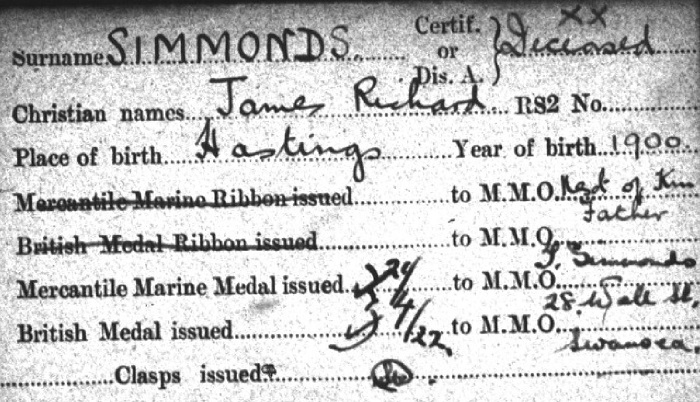 James Richard Simmonds, 14 years old, was the youngest Swansea mariner killed in the war. Working as a deck boy on the TANGISTAN, he was on his first voyage when the ship was torpedoed in 1915. He and his parents moved to Swansea when he was 10 years old. Source: British Merchant Seaman Cards, 1918-1921, TNA/BT350. 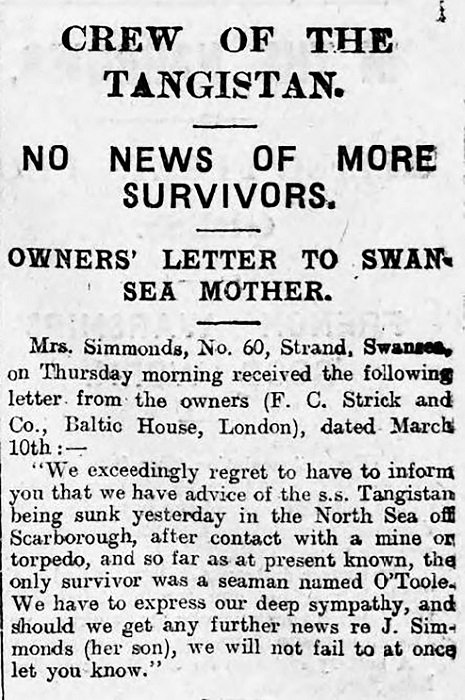 After the sinking of the ship, the owners of the TANGISTAN contacted James Simmonds’s mother offering her their support. His Mercantile Marine and British medals were issued to his father in 1922. Source: Welsh Newspapers Online.

About 150 mariners born or residing in Swansea were killed in the First World War. Age restrictions for serving in the armed forces did not apply to the Merchant Service and, unlike the armed forces, their pay was stopped on the day their ship was sunk. Merchant mariners were routinely under 18 or over 38 years old. In addition, a third of the men were born outside the UK. The crew of the TANGISTAN were 13 British, 20 Indian, 1 Finnish and 2 Norwegian.

This tribute was suggested by Phil Treseder. In association with Swansea Museum.