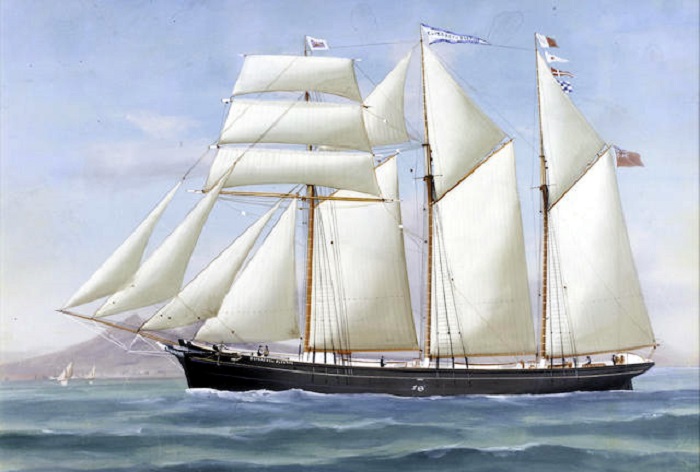 A painting of the ELIZABETH ELEANOR under full sail in fair weather. Source: Porthmadog Maritime Museum. 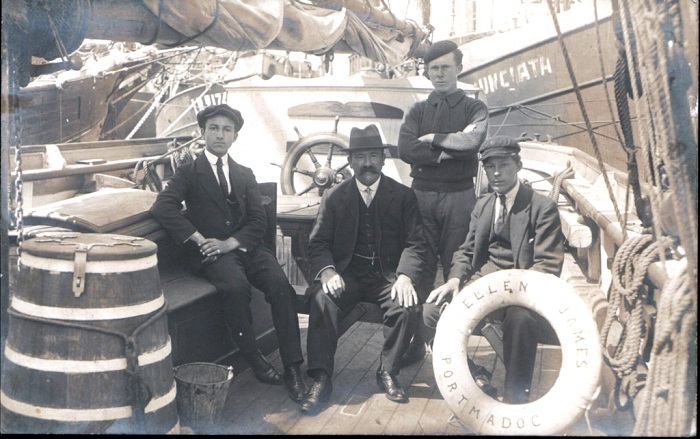 The crew of the ELLEN JAMES. Source: Porthmadog Maritime Museum.

This is a still frame from a German contemporary film that shows the sinking of the MISS MORRIS. Source: Oberösterreichische Landesbibliothek. AC05755037.

The outbreak of war in 1914 brought an end to the very important slate trade with Hamburg and the Baltic. By the time unrestricted German submarine warfare commenced in early 1917, very few ships remained under local ownership. Because these small sailing ships were easy targets for the U-boats, men were reluctant to sign on them and they often sailed shorthanded.

Six of these sailing vessels were sunk by enemy action and at the end of the war only the ELIZABETH and DAVID MORRIS remained. The six Porthmadog schooners sunk by the enemy: