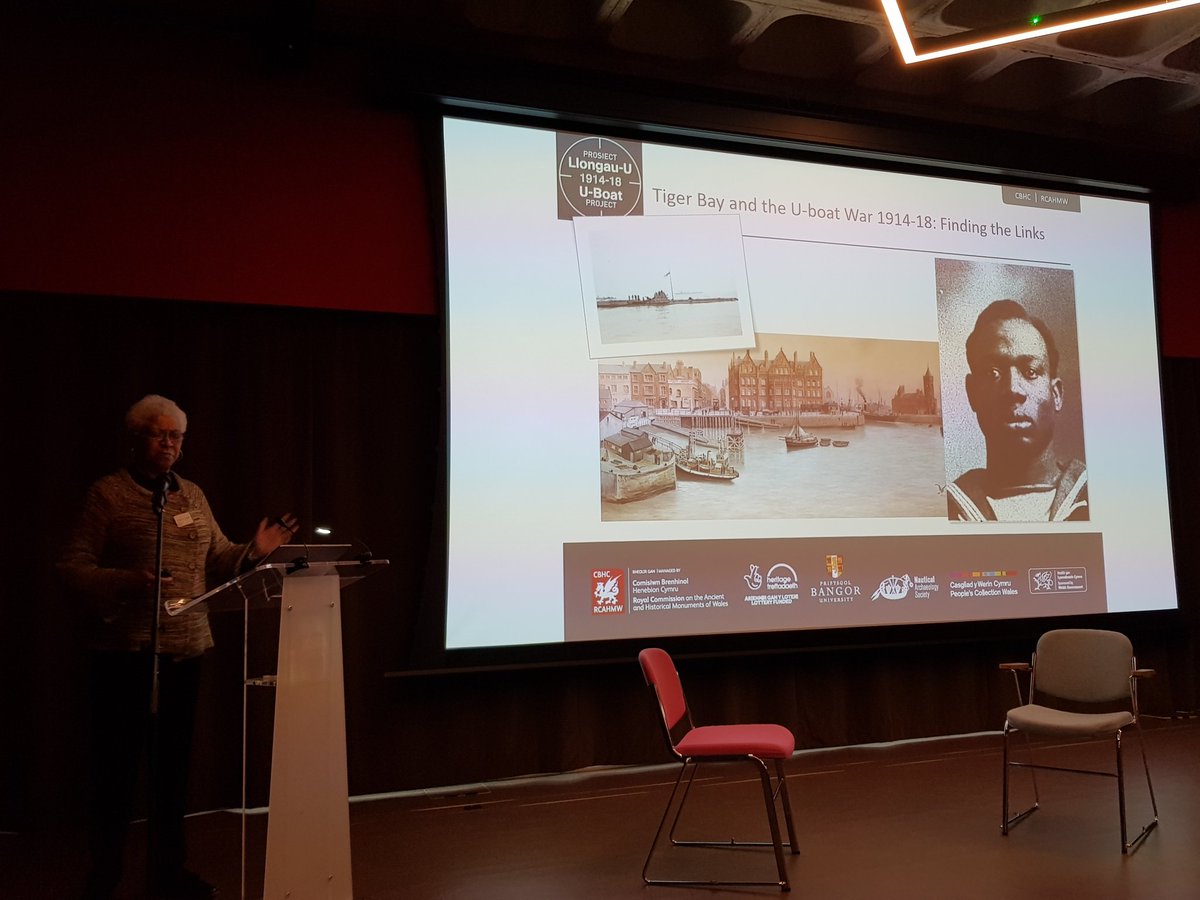 In 1987 I was involved in film called Tiger Bay is my Home. It was one of a 4-part film made by Colin Prescod, commissioned by the Institute of Race Relations. The films were shown as part of a series on Channel 4 in an attempt to chart some of the milestones in Black people’s fight for justice and equality. The series was called Struggles for Black Communities and Tiger Bay is my Home focused on the community previously known as Tiger Bay, now known as Butetown, in Cardiff. Within the film is an excerpt showing three old women talking about the Race Riots in Cardiff in June 1919.

Much later in 2017 Colin Prescod, then chair of the Institute of Race Relations said, [in the keynote address to the 2016 annual conference of the Archives and Records Association, UK and Ireland, entitled ‘Global futures: reflecting our path ahead’, held in London in August 2016]

‘The ‘Global Futures’ title of your conference has led me to think about how futures are related to pasts and presents, and about the global in our local, and the local in our global. And this is my chosen focus: to privilege something of our local as it opens to global matters, theoretical and professional’. In the speech Colin Prescod, discusses his own involvement and knowledge of recent milestones in Black cultural heritage interventions in the UK and the way in which archivists, curators and historians have responded to those milestones. He talked about ‘reparative histories’ and challenged archivists to understand the issue not as the need to simply ‘include’ Black experience, but to allow Black agency in the making of the record [June 1, 2017 — Race & Class Blog. Written by Colin Prescod]

Reparative Histories. At last I had a professional sounding term for what I thought and felt about my history, the ‘told’ history, the history of the lives of my family. Reparative Histories – to make amends, make restitution, for the lies and omissions and misleading recording of history that was about the Black population of Britain and Wales in particular. Tiger Bay is my Home shows that in the 19th century in Cardiff, like other port towns, there existed Black communities that were formed by the arrival of black colonial seamen originating in the ports where Britain plied its coal trade. The film showed the sense of attachment and belonging of those born and bred in Tiger Bay, the intermingling of people from different countries and of different religions who settled in Cardiff in the early 19th century and their offspring as they were in the 1980’s.

At their peak, the docks in Cardiff were exporting around 11 million tonnes of coal a year. South Wales coal was what oil is today – the fuel that powered the world, and as the ships sailed out with coal they often brought back crew. From Cape Verde, Somalia, the Caribbean islands of Jamaica, Barbados, Trinidad, St Lucia, St Kitts and British Honduras, before and during the First and Second World Wars, many Jewish people from Russia and Eastern Europe fled persecution and settled in Cardiff. The longest-established Arab community in the UK are the Yemenis. They have been settling in Cardiff since the 19th century, after the Yemeni city of Aden came under British control in 1839.  There were Italians and Chinese too. They often married white women and raised families in Tiger Bay or returned home to marry but left their wives and children in their country of origin.

The small community of Tiger Bay, made up of all of the above, stood together against the racism, often despised or ignored, scratching a living from the merchant navy or from hard manual labour.

I grew up hearing stories of the past and stories about the Race Riots. The Race Riots in Cardiff began June 1919 and lasted for 4 frightening days. Very little is written about those riots from the point of view of the people who lived in Tiger Bay and nothing I have read tells the same tale as told by my Grandmother and her sister.

They told me about barricading the front door each night and taking stones and bricks onto the landing. I asked why? They told me that in case the rioters got over the bridge and broke into the house, they could throw stones down on them. They told me about sewing pockets inside the men’s coats so they could hide knives or guns. They said the men had to protect themselves and their families from the gangs.

I asked who the gangs were? They told me it was white men who were blaming the coloureds for not having any work or decent houses. My Nan said this house is falling apart it’s not a palace, where do they think we live, we’re all in the same boat.

They talked about Mrs So and So [never mentioned names in front of children] who had defied advice and taken her child in a pram to town shopping. Mrs So and So was assaulted, the pram overturned, throwing the baby onto the street.

They talked about the men, the men organising themselves and taking it in turns to ‘man’ the bridge to stop the rioters getting into Tiger Bay.

I listened and learned a deep set distrust of officialdom in general and the police in particular and how the Union bosses were behind it all. I was fascinated by the memories then and that fascination remains, but until recently I have not found many others in Cardiff who even know about those times in 1919.

What I now know from reading and research is that most men of colour arrested were seafarers, the most common position in the labour market for foreign men. White arrestees, in contrast, practiced an array of working class occupations, mainly labouring and other unskilled work.

The seaman’s union did not simply oppose Black seafarers’ employment, but colluded covertly in their relegation to colonial conditions of super-exploitation in the form of lower wages and harder jobs. The answer to that was in 1931 – The Coloured Seamen’s Union was set up.

In all the hateful rhetoric around Brexit I think about how futures are related to pasts and presents, and about the global in our local, and the local in our global. The Tiger Bay community faced everyday hardship, isolation and neglect from officialdom. They lived through the riots and a scheme to repatriate the men, they lived through the great strike and the depression and served and died in two world wars – our past within a global setting, colonialism, repatriation, the Empire. Our future our presence – still questioned and in question.

I am both saddened and angered by the fact that very little record exists of their lives, their struggles and contributions to Wales. There is no commemorating plaque, no section in school history books and very few people alive to pass on the truth about the way people lived and died during those days in 1919.

But we must ensure that the truth is told, that Reparative Histories become part of mainstream education. Lest we forget, is not just about fallen war heroes.