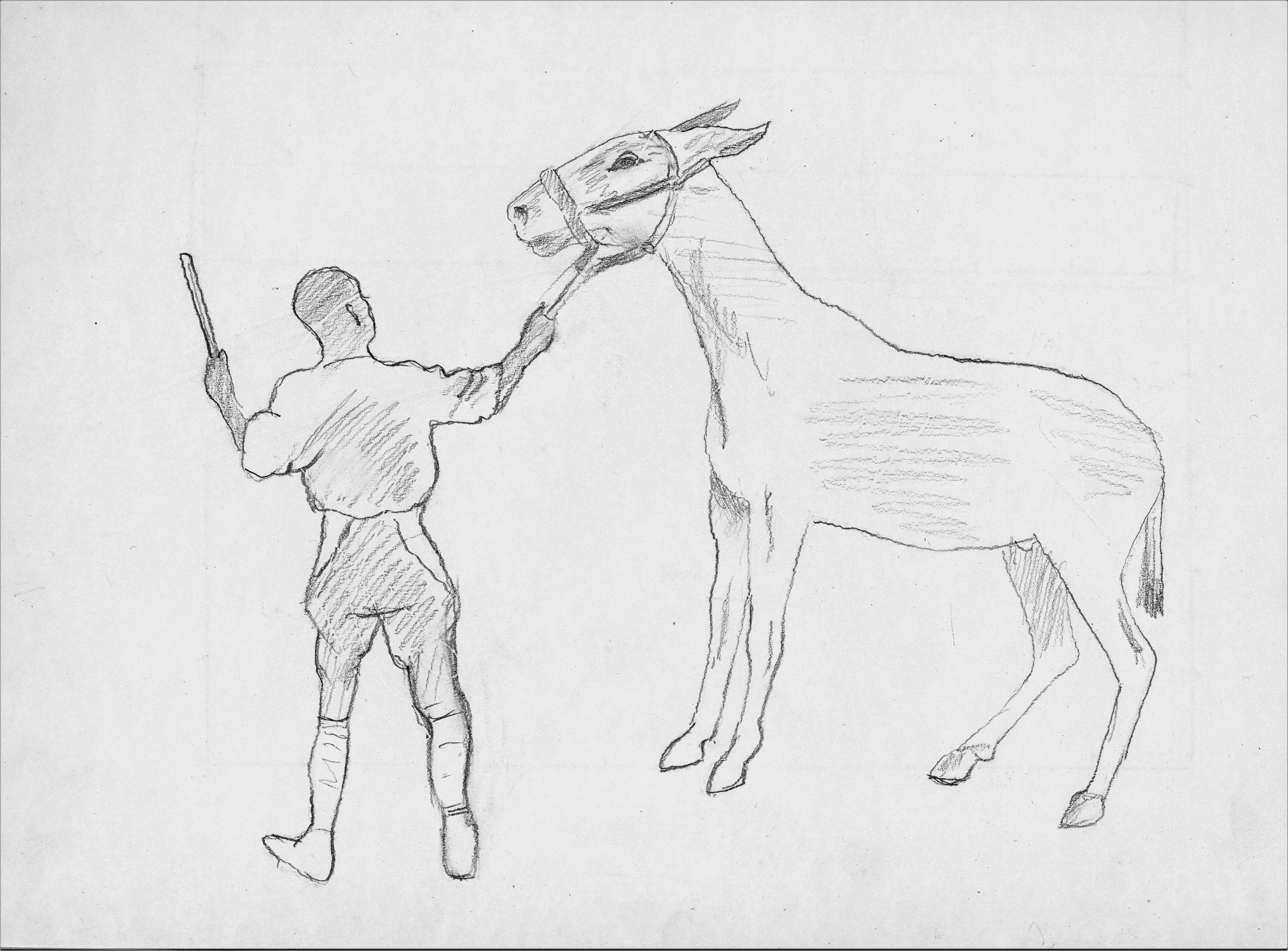 From 7 to 17 June, our project partner, the Nautical Archaeology Society (NAS) is running an underwater field school at Abercastle, Pembrokeshire based around the wreck of the SS LEYSIAN which was wrecked there on 20 February 1917.

Brief history of the LEYSIAN

Between 1915 and 1917, the SS LEYSIAN was used to transport mules (a cross between a horse and a donkey) from New Orleans, USA, to supply the front-line war in Europe and north Africa. The mules were looked after during the voyage by American muleteers.

On 20 February 1917, having unloaded a cargo of mules in Belfast, the LEYSIAN was returning to America in ballast when she ran into the cliffs in Abercastle Bay and was wrecked.

It is thought that there may have been a mutiny on board by around 50 of the muleteers, which probably included black Americans.

A muleteer’s life on board

A ships agreement for the LEYSIAN dated June 1915 lists 63 American muleteers on board. The handwritten notes on the front page of the agreement includes the following instructions for the muleteers:

Fascinating detail of the life on board ship for a muleteer can be found in a statement by J. M. Garret, a muleteer on the NICOSIAN giving a statement after the ship was captured by a German submarine in 1915. He stated:

The agreement … required that I must feed and water animals and muck out stalls at command of foreman or captain of the vessel, and that on failure to comply with such command I would incur the penalty of 1 dollar fine for each offence.

Each muleteer was required to attend from twelve to twenty mules. They were confined to their stalls and were not cleaned until they were discharged. The sleeping quarters were separated by a plank partition and the odours were disgusting.

The sleeping accommodations were a shaving mattress on a plank bunk, with one woollen blanket and a shaving pillow. The fare consisted of Irish potatoes, spoiled meat, and pea soup. Coffee in the morning and tea at night, and one small bun twice a day, one in the morning and one at night. For dinner, a tin cup of pea soup, a little slice of meat, and three or four potatoes. Breakfast, a cup of coffee and a small bun. Supper was tea and stewed potatoes. The meat we supposed to be beef. I wouldn’t swear to it.

After the unloading on the mules at Belfast, the LEYSIAN was returning with the muleteers to America to collect more mules and repeat the voyage.

More than 600,000 horses and mules were conveyed on British ships from America during the First World War. Around 2,700 of these horses died when submarines and other warships sank their vessels. They were considered to be cargo and not counted as causalities. Read more here: https://www.nam.ac.uk/explore/british-army-horses-during-first-world-war

Earlier death of a muleteer on the LEYSIAN – J. Macdonald, from Newport News, muleteer, was drowned on the LEYSIAN on 21 December 1915. We don’t know the circumstances.

SS ARMENIAN – Twenty black American muleteers on the White Star liner ARMENIAN were killed on 28 June 1915 when the ARMENIAN was attacked by German submarine U 24. The ship sunk with its cargo of 1,422 army mules off the Cornish coast. It is thought that the muleteers drowned because they choose to stay with their mules rather than escape with the rest of the crew. Read more here: https://www.wrecksite.eu/wreck.aspx?11109

Muleteer sentenced for murder: Young Hill a black American muleteer was sentenced to hanging for the murder another black sailor when his ship the ANTILLIAN was anchored at Canada Dock, Liverpool, on 26 July 1915. The jury ‘recommended him to mercy on account of his nationality’. Read more here: https://raceanddeathpenalty.wordpress.com/2018/10/04/younghill/

From the cotton fields of the American south: In this period most cotton fields used mule power worked mainly by black American horsemen. In Nashville, Tennessee, the agent for the British set up an inspection for buying mules in September 1915. Almost all the mules used by the British came from the United States, sailing out of New Orleans and Newport News, and the total transported to Europe amounted to hundreds of thousands. Many of them died on board vessels sunk by U-boats, including on the SS ARMENIAN (in 1915) and the SS JAPANESE PRINCE (in 1917).

More than 600,000 horses and mules were conveyed on British ships from America during the First World War. Around 2,700 of these horses died when submarines and other warships sank their vessels. Read more here: https://www.nam.ac.uk/explore/british-army-horses-during-first-world-war