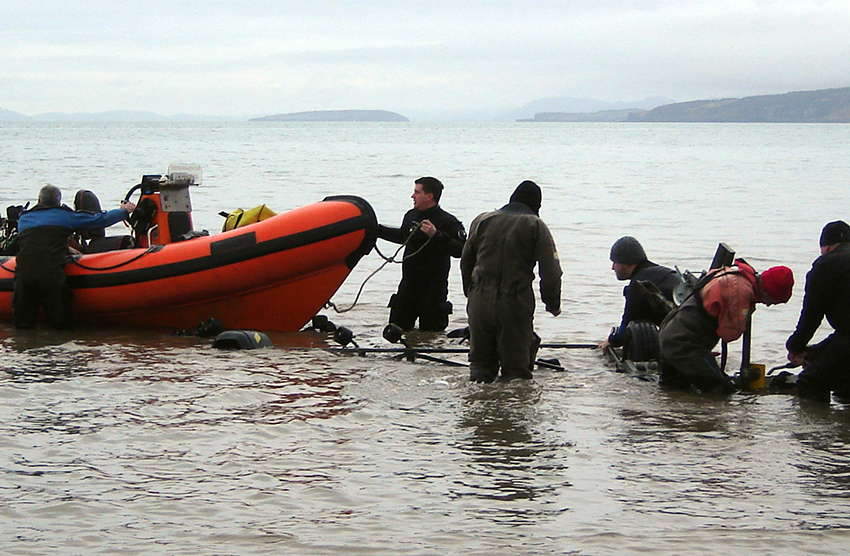 Over the weekend of 22nd – 24th June, the Nautical Archaeology Society (NAS) will be running a maritime field school at the Red Wharf Bay Sailing & Water Sports Club on Traeth Bychan Beach, Anglesey.

The event forms part of a Heritage Lottery Funded project instigated by the Royal Commission on the Ancient and Historical Monuments of Wales (RCAHMW) to commemorate the centenary of the end of the First World War.

The field school is a FREE event, open to all and suitable for all ages, just come along and join in on the maritime activities taking place which include:

Over the course of the weekend (weather permitting), divers will be launching their boats to dive the wreck of the Cartagena, a steam trawler that was built during World War One to trawl for mines around the Welsh coast, but now lies in 37m of water, around 6-miles off Traeth Bychan.

As part of the project, Bangor University, School of Ocean Sciences have been recording World War One wreck sites around the Welsh coast from their survey vessel the Prince Madog, including the wreck of the Cartagena, and their results will be on display during the field school.

For further information regarding the field school, please contact the Nautical Archaeology Society: