On this day one hundred ago, Holyhead’s Stanley Sailors’ Home provided the best welcome in Wales for a sunken steamship’s crew 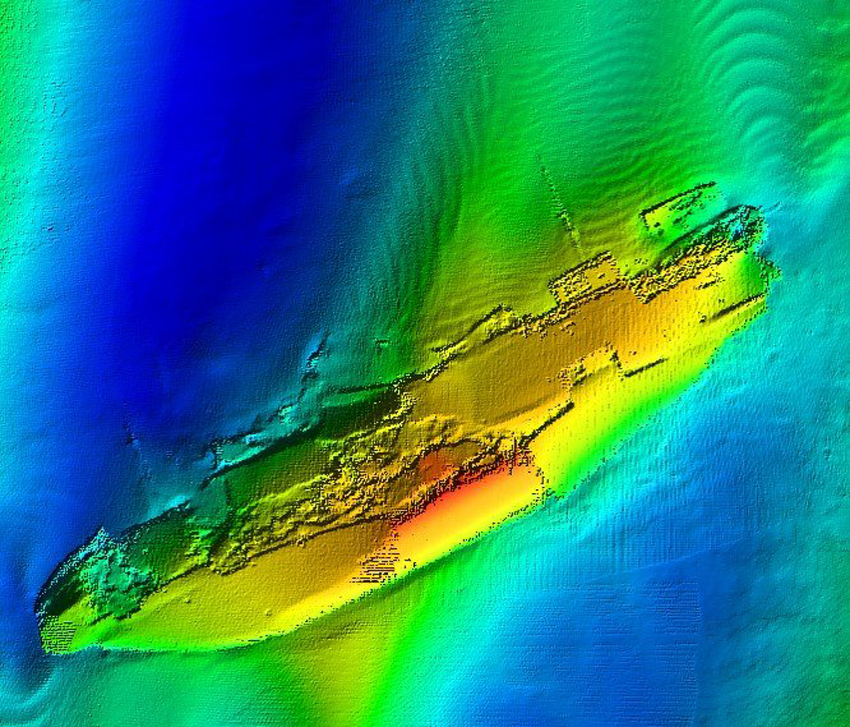 On this day one hundred ago, Holyhead’s Stanley Sailors’ Home provided the best welcome in Wales for a sunken steamship’s crew

The Stanley Sailors Home and Reading Room was built at the behest of W. O. Stanley and opened by the Bishop of Bangor in 1871 with accommodation for shipwrecked sailors. When the Elder Dempster steamship SS APAPA was torpedoed by U-96 on 28 November 1917, the survivors were welcomed by Commandant Jane Henrietta Adeane, a contemporary and associate of Florence Nightingale, who was determined that they would receive the best treatment they could hope for in wartime.

The SS APAPA was an Abosso class ship built and launched 1914-1915 for the Elder Dempster Company. This company had extensive assets involved in maritime shipping to and from West Africa. The APAPA was one of the largest and fastest ship in their extensive fleet.

Departing from Lagos with 119 passengers, the APAPA made her way under an escort of 6 destroyers towards the Welsh Coast. When this was reached the escort departed for Milford Haven, leaving APAPA and her fellow convoy ships to proceed alone.

Losing contact with the other ships, APAPA zigzagged, as per anti-submarine procedures, and rounded the Skerries. Weather conditions on the 28 November 1917 included a heavy swell, with a westerly wind. With Anglesey’s ‘Middle Mouse’ island off her starboard bow, APAPA was 2 miles NNW off Point Lynas at 13/1/2 knots when she was hit by a German K.III ‘Eva’ torpedo on her starboard side towards the stern. The German captain- Heinrich Jeß of U-96 ─had sighted the ship’s high promenade too late as it bore down on his U-Boat, misjudging the ship’s speed as 8 knots and firing it too far aft, and his crew did not expect the torpedo to do any serious damage due to its inaccuracy.

Nonetheless, the ship was heavily damaged, as Captain James Toft’s inspection of the damage confirmed. The Second  Engineer later asserted that not long after the hit, ‘4 or 5’ explosions took place in quick succession. An onrush of water swamped the engine room, and it was only through repeated efforts that he managed to save one of his greasers from drowning. Following this, the engineers were evacuated.

A general evacuation was ordered. Having undertaken two drills previously, the evacuation proceeded without fuss. The engines were shut down, and the ship drifted onwards at 14 knots over a distance of one third of a mile.

Later asserting that he could not ascertain if the first torpedo had done damage due to underestimating the ship’s speed, with a crew low on morale and eager for a sinking, Jess fired a second torpedo. This impacted further forward. Lifeboats were being lowered into the water by this time, and the explosion destroyed No.9 boat and maimed passengers in others.

With the ship suddenly listing to starboard at a precipitous rate, panic set in, with passengers jumping into the water to avoid being crushed. Many drowned, though some did get picked up by surviving lifeboats. The captain remained on the bridge as she sank. He would surface and be rescued later.

As the ship listed, the funnel’s supports came loose, and it fell on top of a fully laden No.5 lifeboat before it could be lowered into the water. Boat 3 was trapped in the ship’s wireless wires, with still others caught in the suction.

The ship then quickly disappeared beneath the surface.

The survivors were quickly rescued, but many dead washed up on shore

The 6 boats that survived, including boats 3, 7, 8, 10, and 12 were towed by steam drifters (including SS STAGHOUND) to Holyhead. One was separated from the others, picked up by another steamer and landed at Liverpool. Once disembarked, passengers made their way to the nearest hotels for accommodation, one group consisting of 2 ladies and a man in his pyjamas!

At the time, the sinking was condemned in newspapers across Britain, with the second  torpedo seen by the British as unnecessary. Rumours spread that the boats may also have been shelled. Only with access to the German War-Logs and other testimonies for U-96 can we ascertain that the captain and crew were completely unaware of the evacuation, and did not feel that they had sunk the ship with the first shot.

Questions were also asked in the House of Lords about the departure of the escort before the incident. This fresh disaster further added to the stress of those living on Anglesey, with Commandant Adeane’s niece writing of the immense distress felt whenever an explosion was heard nearby.

State of the wreck

The APAPA was rediscovered in 1972, lying under 180 ft of water, her bows facing the coast. The wreck lies across the tidal stream running east-west. It has created two large areas of scour (shaded blue) where the current has been deflected to cause erosion of the seabed.

Chancing his luck, Heinrich Jess remained in the area and caught the DERBENT two days later

The HMS DERBENT was built by Armstrong Whitworth & Co Ltd at Newcastle-upon-Tyne in 1908 for S.A. de Armament d’Industrie et de Commerce, Antwerp. Voyages before requisitioning by the Admiralty in 1914 include destinations such as Port Arthur, New York, and Rangoon. In March 1915, the DERBENT was in the Mediterranean at Port Mudros and Tendos refuelling naval vessels such as HMS PHAETON and HMS INFLEXIBLE attempting to seize control of the Dardanelle Straits. The tanker was on passage from Liverpool to Queenstown carrying 3860 tons of fuel oil, when it was torpedoed by U-96 on 30 November 1917.

The DERBENT was the last loss attributed to U-96 in 1917, but in 1918 in March and June two more vessels were sunk in Welsh water the CONARGO on 31 March 1918 and the VANDALIA on 8 June 1918. British naval intelligence in Room 40 based in the Admiralty building in London pieced together the following campaigns for U-96:

In September 1918, Heinrich Jess transferred to the command of U-90 and was responsible for two more losses in Welsh waters – the DUNDALK on 14 October and the PENTWYN on 16 October.

The Stanley Sailors’ Home at Holyhead has recently been refurbished for T. S. Prince of Wales Sea Cadets Headquarters and continues to accommodate visiting mariners.

Commemorating the Forgotten U-boat War around the Welsh Coast 1914-18: Exploration, Access, and Outreach

The Project is a partnership between three organisations, the Royal Commission on the Ancient and Historical Monuments of Wales (Royal Commission), Bangor University, and the Nautical Archaeology Society funded by the Heritage Lottery Fund.

Thanks to National Lottery players, we invest money to help people across the UK explore, enjoy and protect the heritage they care about – from the archaeology under our feet to the historic parks and buildings we love, from precious memories and collections to rare wildlife. www.hlf.org.uk.