100 years ago this month – submarine attacks in Welsh waters 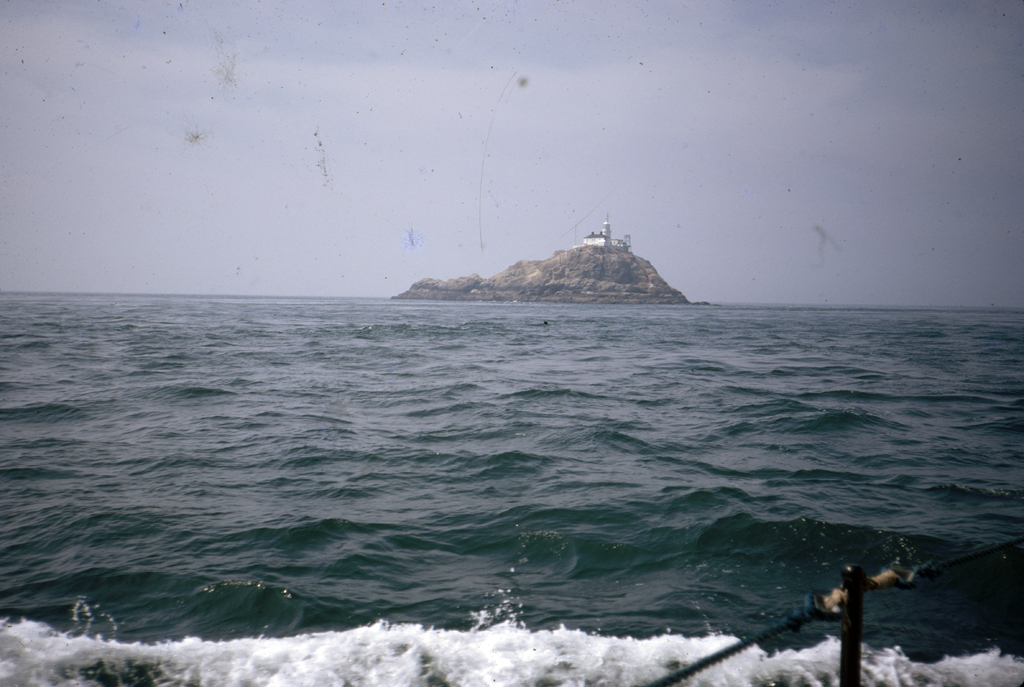 100 years ago this month – submarine attacks in Welsh waters

On 1 February 1917 Germany declared a renewal of ‘unrestricted submarine warfare’ in a last ferocious attempt to force an end to the First World War. Almost immediately, major losses of merchant ships occurred in Welsh waters. Thirteen ships were sunk off Bardsey Island and the Pembrokeshire coast in that month alone – all by a single U-boat, the UC-65, captained by Otto Steinbrinck, one of the most successful German U-boat commanders of the war.

In early February 1917, the U-boat submarine UC-65 travelled up from the Cornish coast to position itself to attack merchant cargo ships off Bardsey Island in North Wales. On 10 February at 7am, she sighted the SALLAGH, a steamship carrying coal from the port of Lydney on the Severn estuary to Larne, Belfast. After firing a warning shot at the SALLAGH, the U-boat hoisted the signal to ‘abandon ship’.

While the lifeboat was being lowered for the crew to leave, the U-boat fired again, killing the Northern Irish chief engineer, William McKay and badly injuring two other crewmen. The ship was then exploded using bombs placed onboard. The boat carrying the survivors was allowed to head for land while the U-boat disguised itself with a sail as a small fishing vessel and waited for the next victim to come past. The OLIVIA was next, a Cornish steamship carrying coal from Liverpool to Portreath, Cornwall. The same method of sinking was carried out, but this time with no casualties.

The next day, the UC-65 travelled down the coast to Pembrokeshire where she sank the LYCIA, an armed steamship travelling from Swansea to Liverpool, and the VOLTAIRE travelling from Llanelli to Liverpool. No crew were hurt. The LYCIA was only lightly armed with a light -calibre gun on her poop-deck and another very old Russian field gun; it is not known if the guns were used. The following day, UC-65 twice torpedoed the PINNA travelling with oil from Texas, but failed to sink her. She was later beached at Milford Haven. All the ships were attacked near the South Bishop lighthouse off the west coast of Pembrokeshire. The next day, (on the 13th), UC-65 sunk a small fishing vessel off the Smalls lighthouse. It was the FRIENDSHIP, from Milford Haven. The crew of four were not recovered from its lifeboat. Local newspapers graphically reported the sinkings of the VOLTAIRE and the OLIVIA, including descriptions by the crew of their ordeal, the Germans looting provisions and, tellingly their desire for news from British newspapers. The later reports of the FRIENDSHIP sinking poignantly reflect the anxiety of still not knowing the fate of the local crewmen.

Once more Milford Haven is the scene of many distressing results of the new piracy campaign and during the past week a number of crews have been landed at the port after harrowing experiences at the hands of the Huns. News came to hand on Friday, that the smack “Friendship”, registered at Brixham, but owned by Mr. Thomas Jenkerson, had been sunk, and there were no tidings for the crew on Monday. They consisted of Skipper Albert Tucker, mate H. Rackley (senior), and two apprentices. This is the second smack Mr. Jenkerson has lost within a few weeks. Much anxiety is felt for the crew.
West Wales Guardian, Friday 2 March 1917

Meanwhile the UC-65 headed back up to Bardsey for 14 February, where it sank the FERGA, MARGARITA, and GREENLAND steamships heading to Swansea from Liverpool with vital cargoes of wheat and general supplies. All crews thankfully survived the attacks and the lifeboat of the GREENLAND was even towed by the UC-65 to safety near the coast. The GREENLAND itself had rescued the surviving crew of the SALLAGH 4 days earlier and taken them to Holyhead so were well aware of the dangers lying in the Bardsey waters.

Somehow the UC-65 got itself back down to near Skokham Island, Pembrokeshire, on the same day to sink the INISHOWEN HEAD, a steamship travelling from Port Talbot to Canada. 21-year-old sailor John McMaster was killed in the explosion. He was from the same part of Northern Ireland, Gransha, Islandmagee, as the chief engineer killed aboard the SALLAGH.

The next day, 15 February, the AFTON was travelling from Bristol to Belfast with a general cargo when she was sunk by UC-65 off Strumble Head. The U-boat then headed back up to Bardsey once more where it sank the KYANITE on her way with alkali to Bristol. All crew members aboard these ships survived.

Finally, on 26 February, the HANNAH CROASDELL, a 3-masted wooden schooner from Connah’s Quay in Flintshire, hit a mine laid by the U-boat on one of its earlier visits, near St Ann’s Head, Pembrokeshire. Four lives were lost, including the captain, Frederick Grenfell from Connah’s Quay. His name is recorded on the war memorial there.

Luckily, the surviving crew members from all these ships found their way back to safety. Most were picked up by passing ships and taken to the ports of Fishguard, Milford Haven or Holyhead, where they would have been helped by seamen’s charities and put on trains back home. Usually they would be straight back on board another ship risking their lives again. The risks were high; most U-boat attacks caused casualties aboard ship, but also resulted in the deaths of crew members after the attack through hypothermia, lack of water or food, when they were in lifeboats awaiting rescue.

America had been very close to joining the war after the Lusitania, a passenger liner, was sunk by a German U-boat in May 1915 with massive loss of life, including 128 American citizens. However, American president Woodrow Wilson was given assurances by Germany that it would abide by international law: that any neutral ship not carrying contraband would be allowed to go safely to the port it was sailing for. During the following two years of war, neutral ships, that is ships flying the flags of countries not at war, were excluded from submarine attacks – especially ships from America.

However, on 1 February 1917 Germany resumed ‘unrestricted submarine warfare’ in a major push to defeat Britain within 6 months by restricting her food and war supplies carried by merchant ships, thereby ending the war before America had a chance to join. It was a risky strategy but the stakes were high. By 1917 the war was not going well for Germany on the Western Front, and the naval blockade by Britain in the North Sea was starving Germany of food and cases of malnutrition were reported.

Germany had 105 submarines ready to attack by 1 February 1917. The campaign was initially a great success: 25% of all Britain-bound shipping, amounting to nearly 500,000 tons, was sunk by March 1917. Britain’s supplies of wheat shrank to six weeks’ worth. Also by March, seven American merchant ships had been sunk by Germans U-boats. Finally, on 6 April 1917, America entered the war.

Welsh waters were vitally important to the British war effort. Much of the shipping to and from Liverpool passed the Welsh coast, while coal shipments from Cardiff and other South Wales ports were essential to the functioning of the Royal Navy. This, and the fact that the waters around Wales were less heavily defended than other British waters, such as the English Channel, meant that merchant ships continued to be attacked and sunk in Welsh waters until the end of the war.

These ships are now wrecks on the seabed. As part of the project Commemorating the Forgotten U-boat War around the Welsh Coast new underwater surveys of some of these wrecks will be combined into 3D interactive models for display on a dedicated website. Also, after 100 years underwater, the wrecks have become fabulously rich colonies of marine life. It is hoped that the project will provide opportunities for volunteers to assist with species identification.

We will be posting more blogs as part of the centenary project: Commemorating the Forgotten U-boar War around the Welsh Coast 1914­—18. Read previous posts here:

Call for contributions: if you have any information, documents or photos relating to any aspect of this project, or you would like to get involved, please contact us.